A Senior Surgeon at the Korle-Bu Teaching Hospital has told Citi News that the explanation given by managers of the facility for the closure of three surgical clinics is untrue.

The three are the Urology, General Surgery and Neurosurgical Clinics.

A statement from the Hospital said the temporary shutdown is to allow for rehabilitation works and retooling for quality healthcare delivery.

The statement said emergency cases in the affected areas will however be attended to after prior arrangement are made in such cases.

It said non-emergency and elective surgery in Urology should be referred to other hospitals in the Metropolis.

The Hospital expressed the hope that stakeholders will work together to speedily complete all outstanding works to enable the Hospital resume normal duties.

But speaking on the Citi Breakfast Show on Monday, the clearly agitated Senior Surgeon said there is more to the closure than a mere excuse that it is to allow for rehabilitation works.

According to him, the surgical clinics have not been functioning for the past two years; hence the impression being created by the management that the problem has just surfaced is false.

“The situation in Korle-Bu is very disturbing and some of us think that as a nation we are not being sufficiently responsible for ourselves and the people that we treat. Health is an important issue and if as a nation we keep on deceiving ourselves then we are not being responsible. The issue at Intensive Care at Korle-Bu is a very serious matter that has lingered on for a very long time but we all seem not to be bothered about it. And what is worst is when people who know what to do decide to hide information such that nobody has access to that information which will help everyone out of the situation.”

The Senior Surgeon said “Currently, there is an intensive care unit fully furnished in the Medical Block which is not being used. There is another unit which has been renovated in the Medical Block which cannot be used because it is not equipped. We are told the equipment are in the Harbour for more than six months now; whether they are truly at the port nobody knows. And the only recovery award which has only about five or six beds has now been turned into the intensive care unit; such that when a patient is operated and these beds are occupied, the patient cannot be recovered.”

“…And since we cannot recover patients at the Surgery why do we operate on them? And if we aren’t told the situation that this is the situation for people to move quickly to get this problem solved, then we are not responsible as a nation. So whoever put the information out there that it’s a simple renovation of ICU, the person is telling lies to Ghanaians; and that means the person doesn’t want the problem to be solved.”

The Surgeon lamented about the fact that they are compelled to turn away patients due to the constraints.

“On my list, I can operate about eight cases every week; but now I am allowed to do only urgent cases; and those are the cancer cases and the maximum I can do in a day is two. So on the average; I am turning away six people every week because they cannot have surgery. And I know some units like neurosurgery which is completely paralyzed because for them without intensive care they cannot even operate on one patient.”

Asked what happens to patients who are turned away the Surgeon sadly said, “They must go back to our Maker. I am sorry for this harsh expression but that’s the truth. We have lost people just like that.

According to the Senior Surgeon, several meetings held with management to address the challenges, have failed.

“There have been series of meetings and very vicious march to the authorities and sometimes we go for meetings and literally fight amongst ourselves and go back home. And this has persisted for a long time now.”

Ghanaians must rise up

The Senior Surgeon angrily asked Ghanaians to rise up and demand solutions to the problem since they have a right to quality health.

“Any Ghanaian who is responsible must rise up and say that is going on in our country is wrong. They should ask government to provide us with the ICU and the equipment and let them work. We are all Ghanaians and one day if I am sick, I will need the ICU, so why are we hiding the problem? There is one particular surgeon who told a patient to go and complain to his MP since they make the laws so that the surgeons can work.”

The Senior Surgeon bemoaned the situation where they come under attack from patients who are not privy to the details of the challenges.

“The Surgeons are paralyzed but if we decide not to work, Ghanaians will insult us as if we don’t l know what we are about. That’s what happens always. I am a surgeon and I can just operate on somebody and walk out of the theatre; whether you recover or not is another matter. But we don’t want to do this so the public should join to put pressure on Government to act right.”

This challenge comes to light at a time when some senior staff and others at the Hospital, have demanded the resignation of the Hospital’s CEO, who they accuse of mismanagement.

Meanwhile the Health Minister, Alex Segbefia, is expected to pay a working visit to the hospital today [Monday] ahead of the temporary closure of the three clinics. 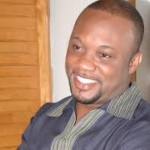