He said the party was currently conducting its regional elections to enable it to go for its national congress to confirm Mrs Agyeman-Rawlings as its flagbearer to ensure that she got a place on the ballot paper for the November 2016 presidential election.

Mr Opoku was addressing the Brong Ahafo Regional Congress of the party held at the Oxford Senior High School in Sunyani on Monday.

Mr Opoku said, “Anything can happen during the 2016 election. NDP can bring about the needed change that Ghanaians are yearning for.

“To say that the ruling National Democratic Congress (NDC) is incompetent is an understatement and we have to do anything possible to unseat it to bring relief to Ghanaians,” he said.

It did not take many people to effect change, he said, and added that the NDP had to craft an effective message with a dedicated campaign team across the country.

Mr Opoku called on NDP members not to allow themselves to be enticed with monies by the National Democratic Congress (NDC) as it happened during the 2012 general election.

He accused the NDC of now going against the tenets of probity and accountability, which were the hallmarks of the 31st December Revolution that gave birth to the party.

“Some members of the NDC are dipping both hands into the national coffers for their personal gains,” he said.

Mr Opoku charged members of the party to begin campaigning and ensure that the qualities of their leader were made known to the electorate.

“Let us make sure that while maintaining our membership, we work hard to convert others into our party to enable us to cause a stir in the November elections.”

The acting National Secretary of the NDP, Alhaji Mohammed Frimpong, urged the regional and constituency executive members to show leadership by taking decisions that would help the party.

At the Congress, 23 regional executive members were elected unopposed and sworn into office, with Alhaji Mustapha Mohammed as the Regional Chairman.

The work of the Brong Ahafo Regional Director of the Electoral Commission was made easier as all the candidates who stood for the various positions were not challenged.

On behalf of the regional executive members, the Regional Chairman, Alhaji Mustapha, thanked members of the party for the confidence reposed in them and pledged that they would work hard to enhance the image of the party in the region.

He appealed for more resources to establish regional and constituency offices that would serve as rallying points for the administration of the party in the region. 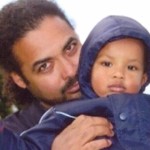 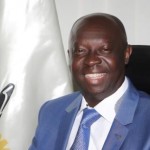