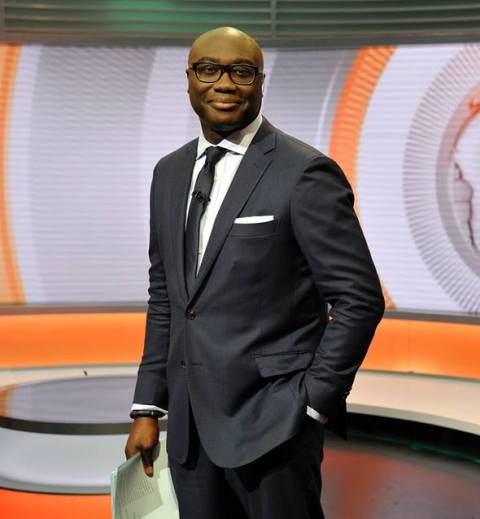 Exactly three years ago today, Ghanaian born UK based broadcaster and journalist worked with the British Broadcasting Corporation (BBC), Komla Dumor was listed among the top 100 most influential personalities in Africa by the New Africa times.

Dumor died on 18 January 2014 in his London home after a cardiac arrest, having been on air the day before. President of Ghana John Mahama said in a message on Twitter that Dumor was one of Ghana’s “finest ambassadors” and “was a broadcaster of exceptional quality and Ghana’s gift to the world.”

He won the Ghana Journalist of the Year award in 2003 and joined the BBC three years later.
From then until 2009, he hosted Network Africa for BBC World Service radio, before joining the World Today programme.
Komla Dumor was listed among the top 100 most influential personalities in Africa by the New Africa times. (Komla Dumor Foundation)
play
Komla Dumor

On 3 February 2014 Komla Dumor’s body was flown back to Ghana, where it was received at Kotoka International Airport by a group of family members, friends, government officials, sympathizers and members of the Aflao traditional council, who also performed some traditional rites, since Aflao was his hometown.

Read also: Family denies Konadu’s claim that she financed Komla’s education
In life and even in death, Dumor was an inspiration to many, a clear example that there is no such thing as overnight success, but success was a sure thing with hard work and perseverance.

“You can always have big dreams but you also have to have the patience to achieve them. You can make it wherever you are” – Komla Afeke Dumor | The Boss Player