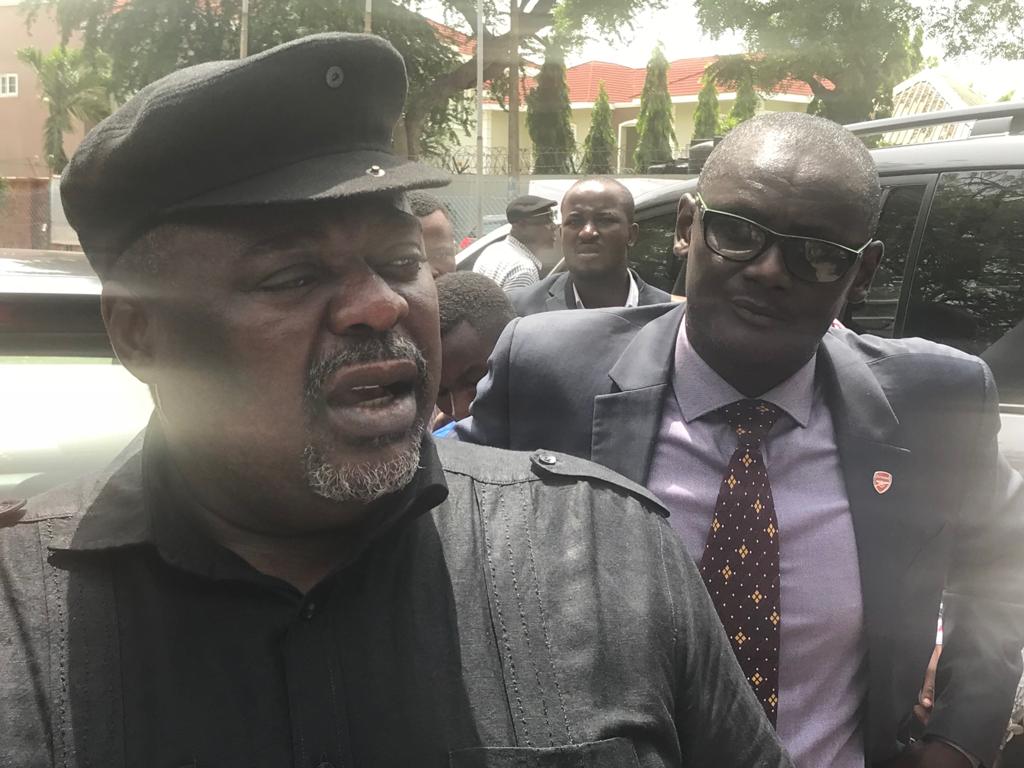 Deputy General Secretary of the opposition National Democratic Congress (NDC), Koku Anyidoho yesterday spent the night in the custody of the Criminal Investigation Department (CID) of the Ghana Police Service for comments government has described as “treasonable.”

Peacefmonline sources say Mr Anyidoho will not be released after investigators slapped a charge of treason against him.

Koku Anyidoho was arrested in a rather dramatic fashion during the day, when an explosive audio which captured him making seditious comments and inciting civilians to launch a coup d’etat against the Akufo-Addo government, went viral.

A dozen armed men in pickups and a V8 vehicle, besieged the premises of the Ghana International Press Centre in Accra at about 1:25pm Tuesday afternoon to effect the arrest of the NDC capo.

He refused to sit in the police pick-up and was escorted on foot to the CID headquarters, a few metres away from the press centre, accompanied by the NDC General Secretary Asiedu Nketiah and National Chairman Kofi Portuphy.

Koku, it is understood, was at the Press centre together with other NDC Executives and several other opposition leaders belonging to the Progressive Forces, to hold a news conference to condemn the government for ratifying a security cooperation deal with the United States of America.

Reliable sources hinted to Peacefmonline that “The Bull”, as the NDC firebrand is affectionately called, has been moved to an undisclosed location.

Moments after his “arrest” and prior to his being charged, Peacefmonline.com understands that the Police were compelled to fire rubber bullets to disperse the agitated crowd gathered at the Police Headquarters in solidarity with Mr. Anyidoho.

The crowd were said to have resisted pleas by the Police officers to vacate the premises.

The search follows his arrest by CID officers

According to monitored radio reports, the officers moved into his house at Oyarifa near Adenta to search whether he has some hidden weapons in his home.

The police officers were accompanied by Lawyer Kojoga Adawadu, a known NDC activist.

It is unclear if any offensive weapons were retrieved during the said search. 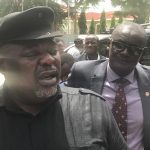