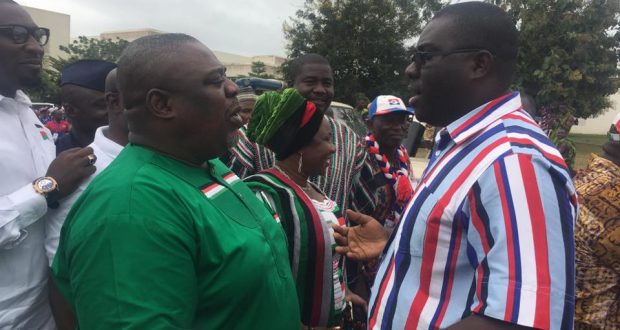 Some leading members of the opposition National Democratic Congress (NDC) have been spotted at the New Patriotic Party’s ongoing National Delegates Congress in the Central Region.

The NDC’s Deputy General Secretary Koku Anyidoho and its Central Regional Chairman, Allotey Jacobs, are leading some members of the NDC to solidarize with the governing party at its historic meeting in the region.

Clad in the NDC’s party colours the two were seen in a hearty conversation with their colleagues in the New Patriotic Party.

The NPP is in the Central Region to among other things take stock of its achievements in the last few years.

Its National Council and National Executive Council (NEC) will also amend some parts of its constitution.

Koku Anyidoho and Allotey Jacobs have been strong critics of the NPP government since it defeated the NDC in the 2016 general elections and assumed office in January 2017.

They have on various platforms chastised the government for some of its activities within its 8 months in office.

It is unclear whether the two will be given the opportunity to deliver a solidarity message at the NPP’s congress later today.

Meanwhile, the President Akufo-Addo and his Vice, Dr. Mahamudu Bawumia will address a mammoth rally at Victoria Park. 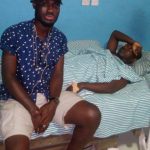