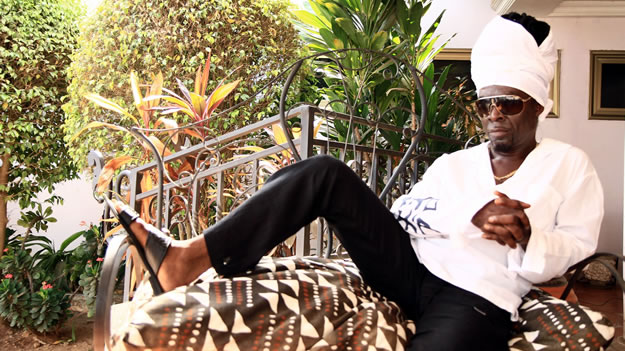 President of Ghana Music Right Organization (GHAMRO) Kojo Antwi has been mourning the tragic passing of Isaac Yeboah, manager of Highlife legend Amakye Dede, who was killed in an accident.

Kojo Antwi, a highlife legend, who also owns Breeze FM told Joy News Saturday, Isaac Yeboah, the editor of the P&P entertainment newspaper, was a permanent panelist on one of the station’s programs.

Isaac Yeboah, Amakye Dede and his bodyguard were involved in an accident at Bonsu Junction in the Eastern region on New Year’s Day.

Amakye Dede got out of a mangled car with bruises while his bodyguard has been left in critical condition. Isaac Yeboah was killed instantly.

A driver rammed his Sprinter bus head-on into the musician’s stationary car. He was trying to avoid hitting a taxi that had entered his lane.

One of Amakye’s bands men told Joy News, the Highlife musician had performed his first song and went down into his car to change.

The band man explained Amakye Dede was able to get out of the car unaided.

Kojo Antwi who enjoys legendary status with his colleague Amakye Dede said he was shocked to hear of the tragic accident and lamented at the rate of fatalities on the road.

“We are praying for Amakye. I will plead with the nation to pray for him”, Kojo Antwi said.

Amakye Dede and his bodyguard has since been transferred to the Korle-Bu Teaching Hospital and 37 Military Hospital respectively for further treatment.
– See more at: http://myjoyonline.com/entertainment/2016/January-2nd/kojo-antwi-mourns-permanent-panelist-isaac-yeboah.php#sthash.8yrne0yj.dpuf