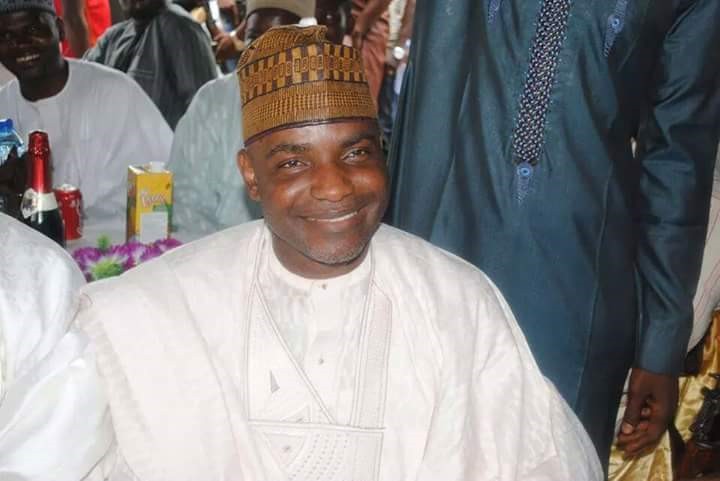 By Kingsley Fanwo
Mr Ahmed Ogembe is United State-trained Business Administrator who has been spurred by his humble beginning to always strive to give back to the society.

The Chairman of Okene Local Government Area was the candidate of the People’s Democratic Party in the March 28 Senatorial poll for Kogi Central. Though the Independent National Electoral Commission declared Sen. Mohammed Ohiare of the All Progressives Congress as winner of the election, Ogembe headed to the tribunal where he secured judgement at the Appellate Tribunal against Sen. Ohiare.

In this exclusive interview with Vanguard newspapers, Ogembe speaks about the forthcoming Senatorial poll in the district.

Excerpts:
What was the basis for contesting the outcome of the Senatorial poll in Kogi Central?

Nigeria, like every civilized society in the world, is governed by constitutionalism. The bulwark of every societal balance is the rule of law. I contested the election outcome because the said winner didn’t comply with the constitutional requirements for proper nomination through a validity conducted primary election.

We were able to prove our case at the tribunal and got justice. The election was annulled and a rerun ordered. We are waiting for the whistle of the electoral umpire.

On the 15th of January, 2015, the All Progressives Congress decided to go for fresh primaries to field candidates for the many reruns in Kogi against the backdrop of the judgment which barred them from fielding a candidate. Are they really barred?

What was not right in December 2014 cannot be right in January 2016, ceteris paribus. The causa for annulling the election ab initio was as a result of a flawed process leading to the nomination of their candidate.

By that judgement, they have no right to participate in the rerun. The simple interpretation of the scenario is that they are viewed to have no candidate for the election.

But if the court said they didn’t conduct a valid primary and they are now rectifying that through a new primary, are they not on the right track?

We have to be careful not to throw the window open for another annulment if the right things are not done. The reason why the tribunal nullified the election was because of improper nomination.

We cannot afford to allow the same repeat itself. I have been watching their macabre dance on the grave of illegality. They are conducting fresh primaries because in their thinking, a fresh election calls for a fresh primary.

They even went to the extent of rushing back to the court to make the court reverse itself to suit their illegalities. We had witnessed something like this in Adamawa State where a tribunal and the Court of Appeal annulled a governorship election and ordered fresh poll.

But the court referred the case to the Court of Appeal Kaduna Division for constitutional interpretation. The court held that only candidates who took part in the annulled poll could take part in the fresh poll.

The court was of the legal opinion that no party could change or introduce fresh candidate for a fresh election.

The case went up to the Supreme Court and the court unanimously held that a fresh election, rerun election or whatever it is called, is an election that is pursuant to the nullification of a general election and that being the case, only candidates who took part in the annulled election can participate in the rerun or fresh poll as the case may be.

The Supreme Court unanimously ruled that no new candidate could emerge after the expiration of the period for nomination. So, anyone who didn’t contest with us on March 28, 2015 cannot contest with us in the forthcoming fresh poll. This is crystal clear and unambiguous.

Are you indirectly saying APC are effectively out of the rerun in Kogi Central?

I am not saying that indirectly but directly. The fact that you are not a Civil Engineer doesn’t mean you won’t understand the difference between a tarred road and another that is not tarred.

The issue at hand is incontestable and has been resolved by competent courts of jurisprudence. APC should be preparing for 2019.

But it was alleged that INEC witnessed the APC Senatorial primaries in Kogi Central. Doesn’t that arrogate legitimacy to the exercise?

Monitoring primaries is quite different from accepting products of an illegitimate exercise. We are waiting for INEC. The commission has the opportunity of working with the best lawyers around and will be guided from acting ultra vires.

The world is watching INEC on this issue. We shouldn’t disregard rulings from the apex court in our nation. INEC is a creation of the law and am sure they will act in line with the constitution as an organisation known for its uncompromising integrity. I won’t say more than this for now.

Sen. Abatemi went to contest the APC governorship primaries after losing the Senate on the platform of the PPA. What is his fate?

I am not a member of APC nor PPA so I don’t know what is happening in those parties. It is left to PPA to decide whether anyone is their candidate or not. I am concentrating on my campaign and the people are with us in the struggle.

But are you not scared APC and other smaller parties may gang up against you if the former is barred from contesting?

We are going into the forthcoming rerun election with our biggest asset: The trust of the Kogi Central people. This is key. The people of Kogi Central are enlightened and will go for the best. They have tested us and can trust us for pragmatic representation at the Red Chambers.

For over a decade, I have continued to work tirelessly for the upliftment of Kogi Central. This has come to the notice of my people and that is why they have taken over my campaign. The people are not afraid of those who want to reverse our democratic gains.

You seem to radiate so much confidence ahead of the rerun election. Are you hoping to be 3rd time lucky?

In 2007, I lost to the rave of the moment then which was the power shift agitations by the people of the central. My party, the PDP fielded Alh. Ibrahim Idris as governorship candidate while the then Action Congress of Nigeria fielded a candidate from the Central for the governorship.

Our people choose to pitch tent with the party that picked one of them as governorship candidate. In 2011, I won the primaries but I was substituted via a court order and our party went ahead to win the election.

In 2015, the Buhari tsunami was too strong and since both the presidential and National Assembly elections were held on the same day, we had no chance against the change mantra. The next election will open the field for a real chance to represent the people of Kogi Central. With the people, we can change the story.

What would you do differently as a Senator?

I am irrepressibly commited to the welfare of my people. I didn’t start contributing to the development of Kogi Central people because of politics.

My contributions predate my political adventure. I make bold to say that some of our previous Senators did not take our issues to the front burners of national spotlight. Our district should be fighting for the resuscitation of the Ajaokuta Steel project and the Itakpe Iron Ore Company.

These are the companies that are capable of employing thousands of our youths. Solid minerals should dominate our engagement on the floor of the Senate.

I am going to be committed to this as well as agriculture, healthcare, education and infrastructural development. I have an iron cast relationship with the people and I know they have no doubt I will be their voice and a servant they can trust and be proud of.

Thanks for speaking to us.
It is my pleasure. But let me also commend Vanguard for its balanced reporting of events in the state. 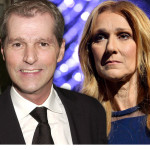