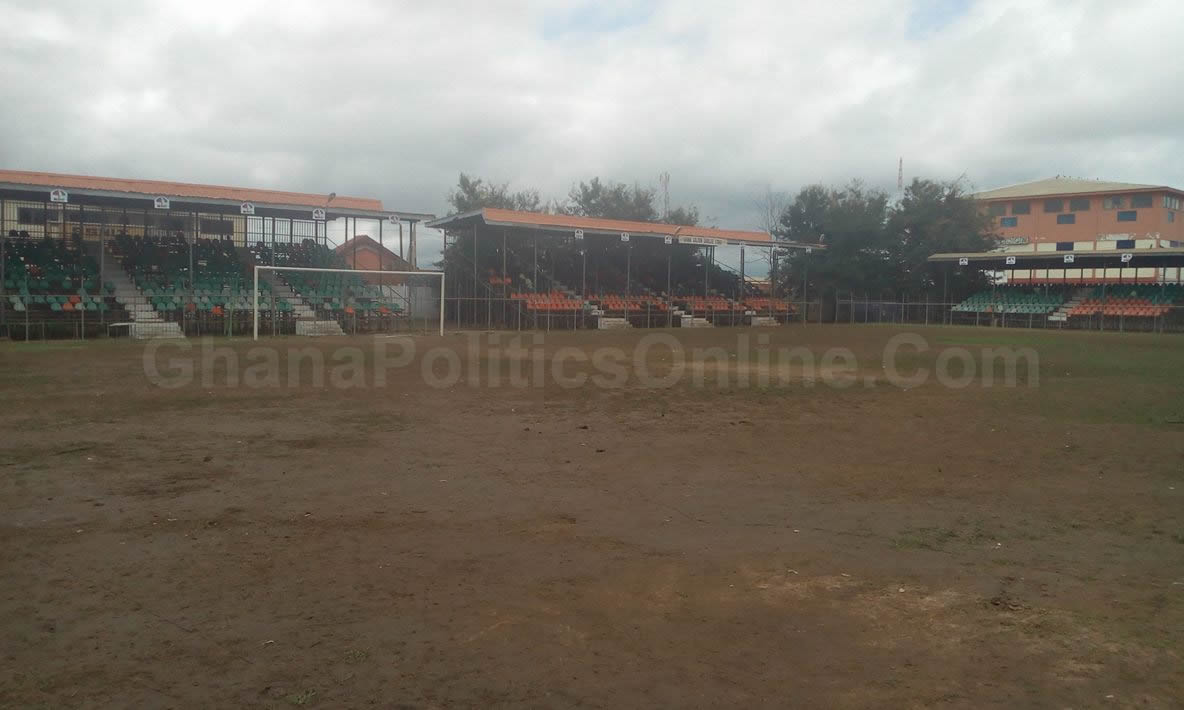 The state of Sunyani coronation park after NDC manifesto launch

The Eastern Regional director of the National Sports Authority, Mrs. Gifty Horsu-Fianu says half of the Koforidua Sports Stadium has been converted into a farm save them the cost of weeding the entire place.
play

Various kinds of crops ranging from plantain to Cassava, in addition Cocoyam, etc have been planted on the field and the director of the NSA in Eastern region has justified their decision to embark on the farming project.
play

“The reason why I gave it out is, you realize that the whole place is bushy, I believe that there are reptiles all over. So, if I give it to some of the labourers to farm there, they will be compelled to be weeding it all the time. I will not cough money for them to weed it, they know that they use the place as a farm or garden, so they will put their hands into their pocket and weed the place to cut down the number of reptiles coming to the stadium and the pitch itself.” Mrs. Gifty Horsu-Fianu told sportsworldghana.com.