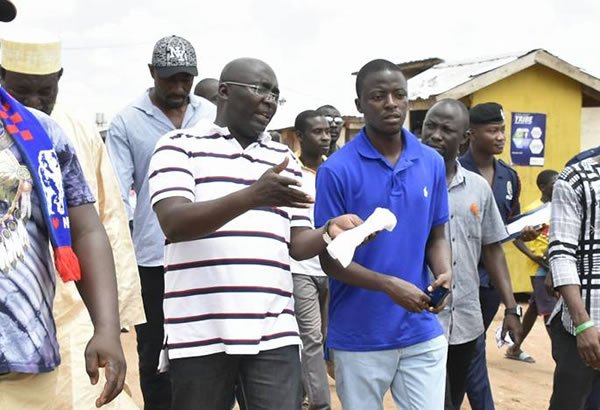 A media relations officer at the New Patriotic Party headquarters, Kofi Agyepong, has been appointed as the press aide to Ghana’s next vice president, Dr Mahamudu Bawumia.

He succeeds Kwabena Boadu who died on November 24, 2016 in a hotel room at Wa in the Upper West Region where the NPP had addressed a campaign rally the previous day.

Mr Agyepong who is a journalist was once the editor of the Publisher newspaper.

He was one time an aide to Perry Okudzeto, a Deputy Communications Director of the NPP and coordinated media activities under the leadership of Mr Okudzeto.

He is an old boy of Kumasi High School. Kofi Agyepong who is 32 years is also an alumnus of Africa University College of Communications.

He worked for West Africa Democracy Radio as their Ghana Correspondent. He was once a consultant for OBI Consulting in Luthiania.