The National Organiser of the National Democratic Congress (NDC), Kofi Adams is insisting his party led by President John Mahama is working hard to liberate Ghanaians from hardship, despite the challenges.

Kofi Adams made the comment in a Citi News interview when he sought to discredit the New Patriotic Party’s (NPP) “Real State of the Nation” address which rubbished the achievements of the NDC government.

Flagbearer of the NPP, Nana Akufo Addo during the address on Monday among other things downplayed the NDC’s social intervention programmes including the Free SHS policy.

But Kofi Adams maintains that government is on track with such interventions.
“Even the school feeding that the NPP wanted us to credit them for bringing, did have situations where rotten tomatoes and food were being fed the kids, does that mean that because of that the intervention was a total failure? No,” he said.

Kofi Adams explained that “positive programmes initiated by governments once they are run by human beings may encounter such challenges but when a responsible government is in place, it will override such challenges and move on to success.”

“That is what measure how good a government is. And like this government, there have been interventions that it has introduced, it has suffered challenges, it has been able to rewrite it and you can see that the projects and programmes are on a very positive pedestal to higher heights,” he added. 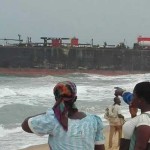 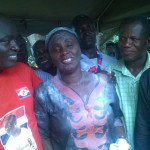