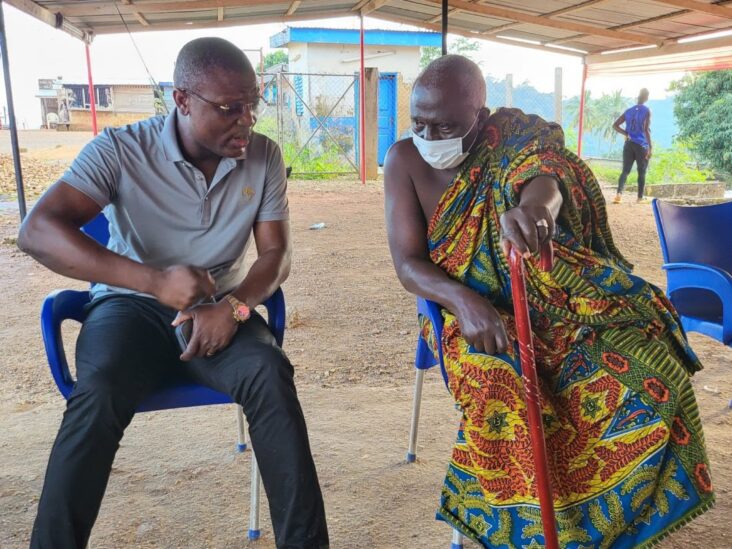 The Member of Parliament (MP) for Buem in the Oti Region, Kofi Adams, has ended a three-day deworming exercise for his constituents, with an admonishing to them to make their health a priority.

The initiative, which forms part of the MP’s social intervention program and was held from November 12–14, 2021, was done in partnership with the Jasikan District Health Directorate and Ghanaian-owned pharmaceutical giant, Dannex- Aryton- Starwin (DAS) PLC.

This is the first time Mr. Adams has undertaken such an exercise in his constituency, aside from other projects he has spearheaded.

‘’I must say that it makes me very happy to be doing this for my constituents in addition to the numerous educational interventions and health-related activities I have undertaken in the constituency like eye screening, surgeries, among others”, Mr. Adams said.

Mr. Adams further stated that he was very much aware of the benefits of deworming every three months and the consequences thereof if one did not.

“I just did not want to leave my people behind in terms of healthcare, so I decided to write to DAS, and Tobinco requesting that they team up with me and provide me the dewormers and here we are today.”

“Even though we consider that tablet as being very cheap, not everyone can afford, and as long as I remain an MP, the little fund I get in terms of social intervention, I will set aside some for programs like these to support those who are incapable of buying a dewormer’’.

Over eleven thousand people benefitted from phase one of the free distribution of tablets for soil-transmitted helminthiasis (worms infestation). They included children from the age of two, the elderly, and students in all second-cycle schools in the Jasikan district.

The Chief Imam of Kotokoli Zongo (one of the beneficiary communities), Chief of Teteman, Nana Oware Owusu the fifth, commended Dannex- Aryton – Starwin for the gesture and appealed to the MP to ensure the exercise is sustained.

‘’We are not oblivious of the enormous benefits of taking a dewormer every three months as advised by medical professionals. We know that this will greatly impact our health, so if this exercise continues, it will give us so much joy’’.

Addressing the media, the Marketing Manager of DAS PLC, Kwame Ampong Asomaning said, “the deworming campaign is a flagship program of DAS PLC, and our mantra is, CARING FOR LIFE. Deworming people is a manifestation of what we preach, which is caring for life. So, if there is an opportunity to return to Buem in three or six months to continue what we started, we will”.

On his part, the acting Director, Health Services, Jasikan District, Isaac Annobil said the exercise could not have come at a better time.

‘’When you look at the list of our top ten diseases as a district, worm infestation falls within that category. Having such an intervention, coming from the MP and DAS is really encouraging, so we mobilized forty-six (46) health workers from the different communities to assist with the exercise’’. 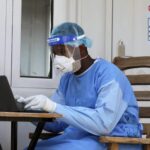