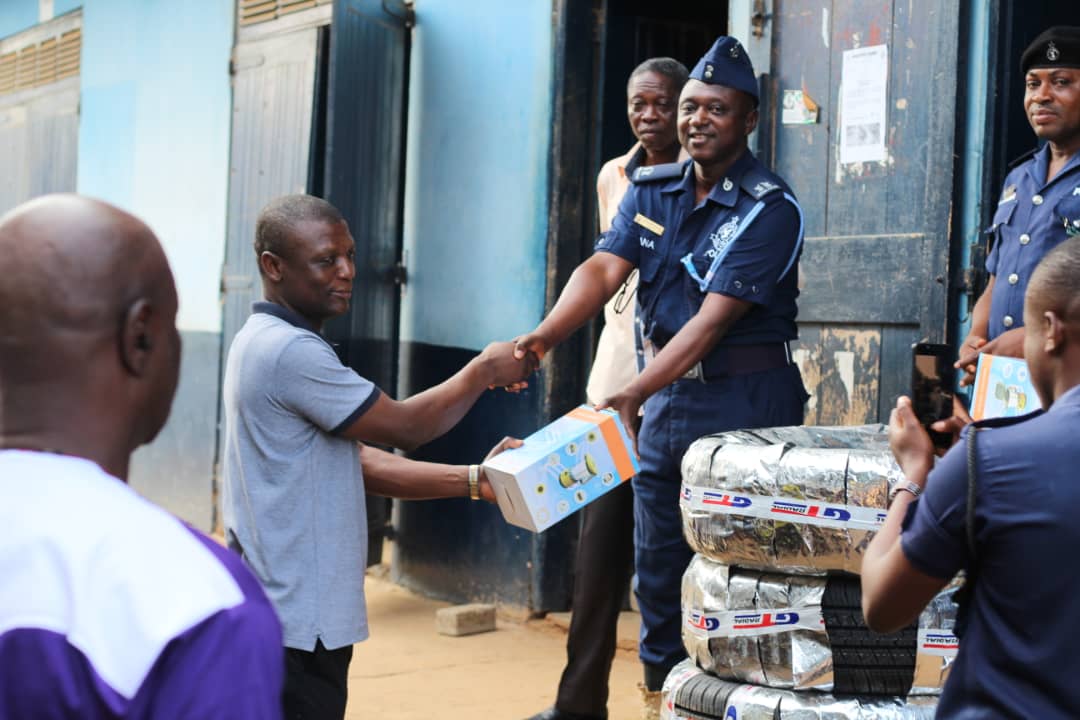 The National Democratic Congress Parliamentary Candidate for Buem in the Oti region Mr Kofi Adams during the week presented brand new tyres and solar lamps to the Jasikan district police command upon their appeal for support.

Mr Kofi Adams pledged to offer a honest and transparent leadership to Buem Constituents during the Parliamentary election campaign and has also promised to vigorously lobby for developmental projects for his people.

The Parliamentary candidate who is also the immediate past National Organizer of the NDC earlier embarked on a couple of projects which include donating 38 brand new desktop computers and accessories to schools and students in Buem.

Below are the pictures: