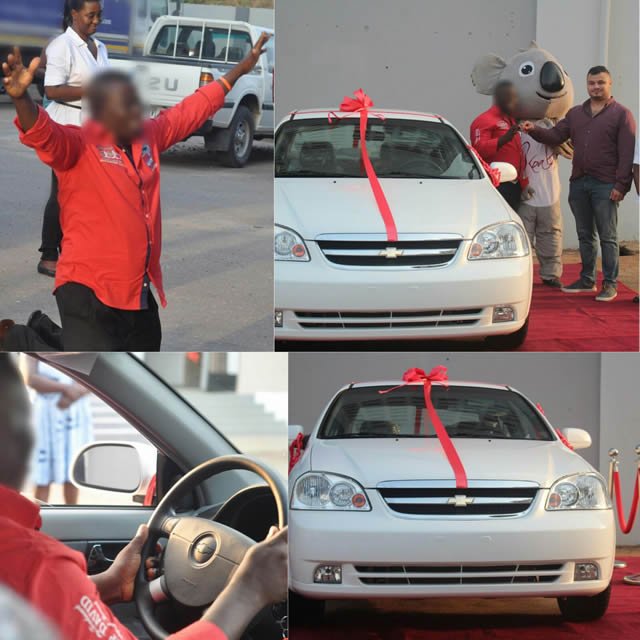 Koala Supermarket has presented a brand new Chevrolet Optra (Sedan) Saloon car to the brave taxi driver who foiled a robbery attack on a Koala employee.

Nana Yaw received keys to the brand new car at the premises of Koala Supermarket at a short event Tuesday.

“Nana Yaw couldn’t hold back joy, knelt down with his hands lifted and thanked God for his blessings,” said a statement by the retail company.

Koala Supermarket promised to reward the taxi driver for his bravery after he rammed his taxi into two suspected armed robbers on a motorbike leading to their arrest.

“During the presentation, the Director of Koala, Mr Imad Wolley expressed his heart felt gratitude to the taxi driver for his outstanding bravery which saved the life of his staff,” said the Koala statement signed by Marketing and Public Relations officer, Christal Beeko.

Meanwhile, President John Mahama says the taxi driver will be rewarded with a house.

Vice President K. B. Amissah-Arthur made the announcement when he hosted the taxi driver at the Flagstaff House