Nana Akuffo-Addo was our Foreign Minister at the time. If he is claiming to have nothing to do with this dirty and criminal affair, he must tell Ghanaians who authorized the issue of those passports. He must also tell Ghanaians how these passports got to no other Ghanaians but his close associates.

If Nana cannot be trusted with the custody and care of our country’s passports, how can Ghanaians trust him with the country’s security, fortune and aspirations?

The very sad thing about the supposed “missing diplomatic passports” drama was that, genuine Ghanaian government officials including a few Ministers of state in the Kuffour’s government who were on legal assignments on behalf of the people of Ghana were on a number of occasions, subjected to very embarrassing and humiliating strip-searches at a number of international airports a few of which are located in Africa. This is the dangerous and dubious character who wants to lead our country. Apart from all these nauseating and dubious character traits that Nana Akuffo-Ado had consistently exhibited, his often recourse to inflame ethnic passions makes him one of the most dangerous and ethnocentric political figures in Africa today. I hope all-well-meaning NPP activists had not soon forgotten how he blackmailed their party into handing over to him the “flag bearership” when he threatened to pull the Akyem faction out of the NPP if he was not elected as the party’s candidate. Other pronouncements like “Yen Akanfuor” and his public support for Kennedy Agyepong after Ken had called for the total extermination of all Ewes and Ga ethnic groups in the country in addition to his infamous “All die be die” pronouncements portray him not only as a deep-seated tribal bigot, but also a very selfish political figure who is prepare to use any means including violence to achieve his political goals.

It is mind boggling why the New Patriotic Party (NPP) which has men and characters within its ranks who had neither displayed such profound reckless behaviour nor had shown any propensity for such foolhardiness should choose Nana Akuffo-Addo as a leader.

Indeed Nana’s complete lack of discretion, his promiscuous nature, his uncontrolled craving for narcotics in addition to his close connections to drug cartels makes him a highly questionable and a discredited candidate for the high office of the presidency of our country. 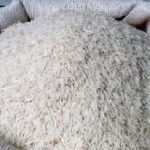 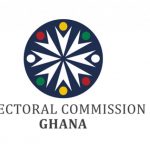