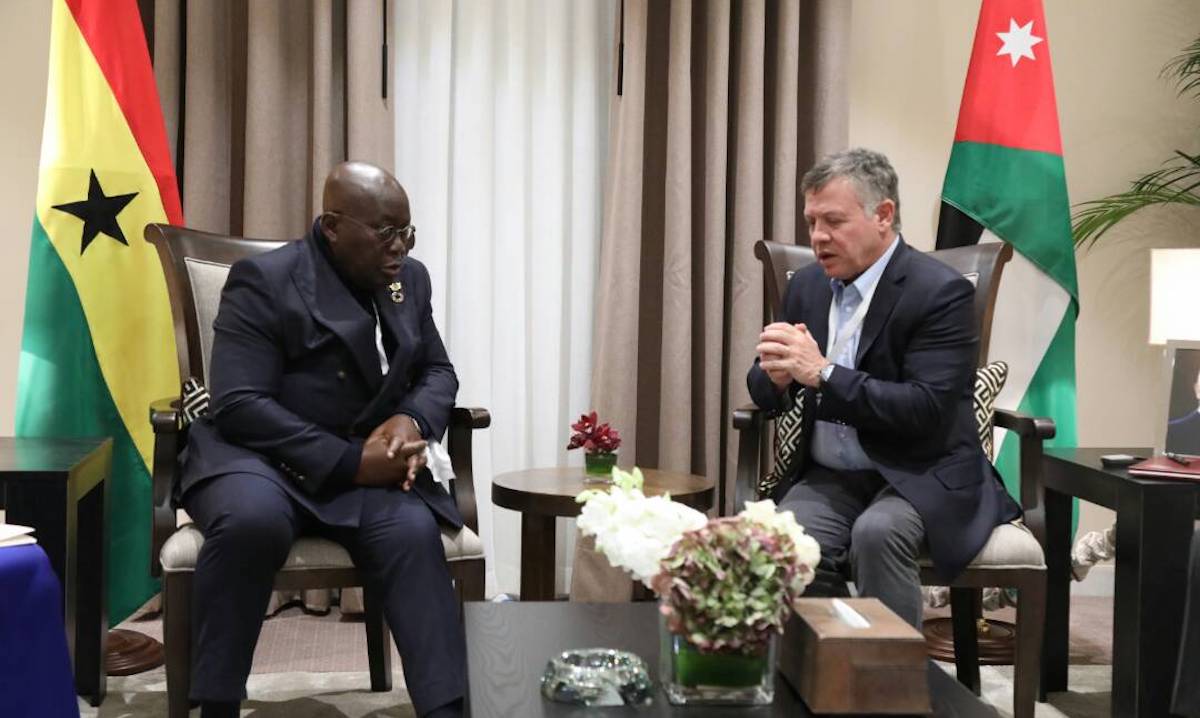 AMMAN — His Majesty King Abdullah on Sunday met with Ghanaian President Nana Akufo-Addo, who was participating in the two-day Aqaba Meetings to discuss the global efforts to fight terrorism and extremist ideologies, especially in West Africa.

During the meeting, the King and the president stressed the importance of coordination and enhancing international cooperation in the war against terrorism within a holistic approach as it threatens the security of the entire world.

They also discussed cooperation between Jordan and Ghana and means to improve them in various fields, a Royal Court statement said on Sunday.

The Aqaba Meetings, whose 2017 edition started Saturday, were launched by the King to maintain international and regional coordination and cooperation in the fight against terrorism within a holistic approach, and to discuss security challenges in regions around the world that are dealing with terrorism hotspots, with the aim of identifying shortcomings and coordinating efforts to fight terrorism.

The meetings are part of His Majesty’s initiative to reach out to countries around the world and coordinate with them on this issue, since the anti-terrorism fight “must be a joint, international effort, based on close coordination and consultations, to counter the global threats of terrorism and extremism”, the statement said.

Held with the aim of exchanging expertise and information — as well as bolstering security and military cooperation in the fight against terrorism — the latest Aqaba Meetings feature the participation of presidents of West African countries, as well as ministers from the US, the UK and France.

Senior political and security officials from European, Latin American, and African countries, and representatives from the UN, the EU, NATO, and the African Union are also attending.

Over the past two years, the Aqaba Meetings featured similar discussions held by the King with heads and representatives of a number of countries in East Africa, Southeast Asia, and the Balkans. 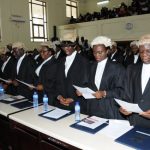 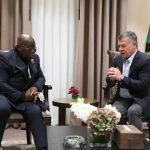