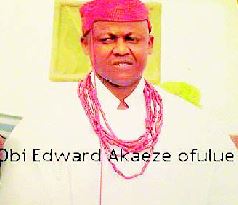 The deceased king was on January 5, abducted by suspected Fulani herdsmen on Obior/ Igbodo Road, Delta State, along with his driver.

Vanguard gathered that the monarch’s corpse was found at Ekpon, in Edo State at 3p.m., yesterday.

A source close to the palace said a young Hausa man who was allegedly found with the king’s GSM hand-set was arrested three days ago by the Police.

The source who pleaded anonymity, said the kingdom had been thrown into mourning and confusion, adding, “The late monarch was so dear to us. His death has brought setback to the kibgdom. “

Disclosing that the monarch passed on at the age of 52, the source said that the arrested Hausa boy was still being questioned by security operatives.

Contacted, the Police Public Relations Officer, PPRO, in the State, Celestina Kalu confirmed the incident,  adding that the police was still in search of those behind the crime.

Rep. Joan Mrakpor, a member of the House of Representatives, representing Aniocha/Oshimili federal constituency and also a cousin to the late king described the death as monumental.

“What a waste,”  Mrakpor lamented last night in between sobs.

She called for drastic solution to the harassment of the civil population in Delta North by nomadic kidnappers.

“What have we done to deserve this? They keep on brutalising our people,” she sobbed. 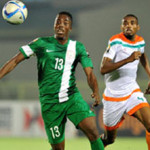