key government commitments in the 2017 financial year ahead of the 2018 budget statement to be presented today, November 15, 2017 by the Finance Minister, Ken Ofori-Atta.
Ken Ofori-Atta presented government’s reviewed budget for 2017 as required by the Public Financial Management Act.

The review of the 2017 budget statement is specifically focused on three main sectors; education, health, job creation and infrastructural development.

However, key on the 2018 budget and economic policy will be how the government intends to improve revenue collection, how much will be allocated for the free Senior High School (SHS) initiative, the Zongo Development Fund (ZDF), and others.
Below are the key commitments government has failed to meet in the 2017 budget.

1. One village one dam
In the 2017 budget statement promised to set in motion the ‘One village, One dam’ initiative, specifically rehabilitation of 65 Small earth dams in rural communities in Northern Ghana to contribute towards the One-Village One-Dam initiative.

The project according to the government will enhance food security and reduce the food import bill and provide jobs to over 2000 farmers in the Northern region of Ghana.
Assessment of this policy initiative revealed that little progress has been made regarding the actual construction of dams in the areas specified by the government.
READ ALSO: One-village, one-dam promise was only for campaign – Minister
But government appointees said it is needless and irrational for Ghanaians to believe the promise that all villages will have dams as promised.
Deputy Minister of Food and Agriculture has said the campaign promise to construct dams in all villages in the three Northern regions was only for campaign.
play

2. 597-bed University of Ghana Teaching Hospital
The above is a turnkey project for design, construction, procurement and equipment of a 597 bed University Hospital at Legon.
This is a turnkey project, which is scheduled to be completed within 24 months; however, there were challenges with approval of tax exemption on the project, which has caused a delay.
The project currently requires about USD 42,000,000.00 to complete and make the Teaching hospital functional.
The cost includes the provision of water and power to the site and access road, which were the obligation of the client.

Other costs are start-up capital and consumables for the hospital but work had stalled contrary to the commitment by government to begin work on the phase 2 of the project in 2017.
play

4. One district, one factory
Ghanaians have expressed worry about the lack of job avenues for the youth in the country and says one of his topmost priorities is job creation for the youth.
READ MORE: NPP’s key policies to cost over GHc 2b
President Nana Akufo-Addo has assured that each of the 216 districts across the country will get a factory within the first four years of his government in fulfillment of his 1-District-1-Factory campaign pledge.
He said the first batch of 51 districts for the implementation of the policy has been identified for which the ‘Asempa Budget’, as approved by Parliament, has earmarked $465 million for setting them up.

“Fifty-one out of 216 districts in my first year indicates that even before my first four years are over, each district would have its own factory,” he said.
Only the pineapple processing factory has been commissioned by the government in the Ekumfi District of the Central Region. 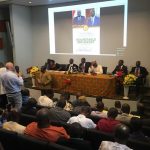 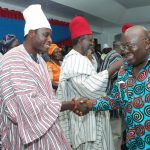