Kenya (CNN)Kill us all or leave.

That’s what Salah Farah told Al-Shabaab gunmen who ambushed a bus he was riding in the Kenyan county of northeast Mandera in late December. The gunmen said they were going to kill Christian passengers.

“They told us if you are a Muslim, we are safe,” he then recalled to the BBC. But Farah and other Muslims on the bus stood up to the terrorists and risked their lives by shielding the Christians.

Farah was shot. Over the past several weeks, he has seemed in good spirits, talking to reporters and his family. But on Monday, during surgery, he died.

The school teacher’s words of peace and brotherhood are being praised this week in international news coverage.

Farah was his family’s primary breadwinner. The couple also lived other family members including his elderly parents. His mother, Amina Sabdow, was unable to speak when she heard her son had died.

The Kenya teachers commission sent condolences and vowed to help the family financially.

Farah was a role model, they said.

Al-Shabaab emerged largely because of weak government and law enforcement in Somalia. Most recently a small faction of the group pledged allegiance to ISIS.

Al-Shabaab is largely a militant Somali jihadi insurgency that the United States designated as a foreign terrorist organization in March 2008. Their stated goal is to turn Somalia into a fundamentalist Islamic state, according to the Council on Foreign Relations.

The group has been blamed for attacks in Somalia that have killed international aid workers, journalists, civilian leaders and African Union peacekeepers as well as civilians.

A 2011 United Nations report stated that Al-Shabaab has raised tens of millions of dollars from extortion, illegal taxation and other illegal means.

What is Al-Shabaab and what does it want? 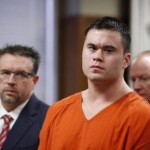