Member of Parliament (MP) for Assin Central, Kennedy Agyapong, who is eyeing a ministerial job in the incoming New Patriotic Party (NPP) government, has promised to stay away from insults, as soon as Nana Akufo Addo, is sworn in as President of the country.

The MP, has been known for vilifying government officials for what he describes as engaging in corrupt deals and using their positions to inflate figures for infrastructure projects.

Chief amongst his act, was his calling the Inspector General of Police (IGP), John Kudalor, an asshole and raining insults on Madam Charlotte Osei, Chairperson for the Electoral Commission (EC) for their inactions.

His actions, have been condemned by critics and Civil Society Organisations (CSOs) and described as being in bad taste, not healthy for Ghana’s body politics.

However, speaking on Adom TV on Tuesday morning, Kennedy Agyapong, promised not to repeat such actions in NPP’s government, because he is sure the incoming government, will not give him cause to talk.

He disclosed that his attacking personality was intentional and was devised to talk the ruling National Democratic Congress (NDC) out of their lies and corruption.

“They were bloating figures for contracts and misapplying monies meant to develop the country, hence they needed to be checked and my attitude towards them was part of the checks”, he said.

The Assin Central MP, said he has information that the officials of the NDC are building hotels and other personal projects with the monies they transferred into some developed countries.

But he assured that the NPP government will track all those monies and bring them back into the country for development.

Kenedy Agyapong thence appealed to those who will be lucky to get positions in the new government to think of building Ghana and not their pockets.

“That way, the NDC will never come to power with the intention of milking the nation”, he added. 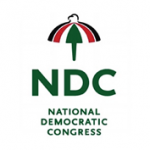