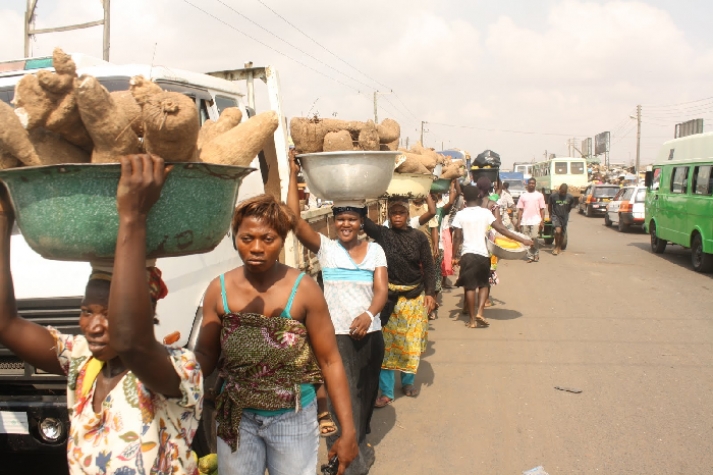 The Association of Head Porters in the Ashanti region has donated GHC5,000 to the opposition New Patriotic Party (NPP).

The donation was presented as contribution of the Kayayei at the party’s Fund Raising Ceremony at the Baba Yara Sports Stadium in Kumasi Saturday.

Head porters who live within the Dagomba line slums in Afful Nkwanta exactly a week ago Saturday had their shacks razed down by fire rendering several of them homeless.

The head porters led by their leader popularly known as Hajia Adiza Zongo Pioneer alleged on radio that the fire was sparked by arsonists of the ruling National Democratic Congress (NDC) as revenge for the head porters who had announced their resolve to join the fund raising ceremony of the NPP.

Presenting the cash to the party, Hajia Adiza indicated that head porters of the region do not want the Flag bearer Nana Addo Dankwa Akufo-Addo to go begging for money.

“We don’t want Nana Addo to go for any money to end up in the Woyome Saga,” she announced in the local dialect.

Reports have it that the event was poorly patronised.