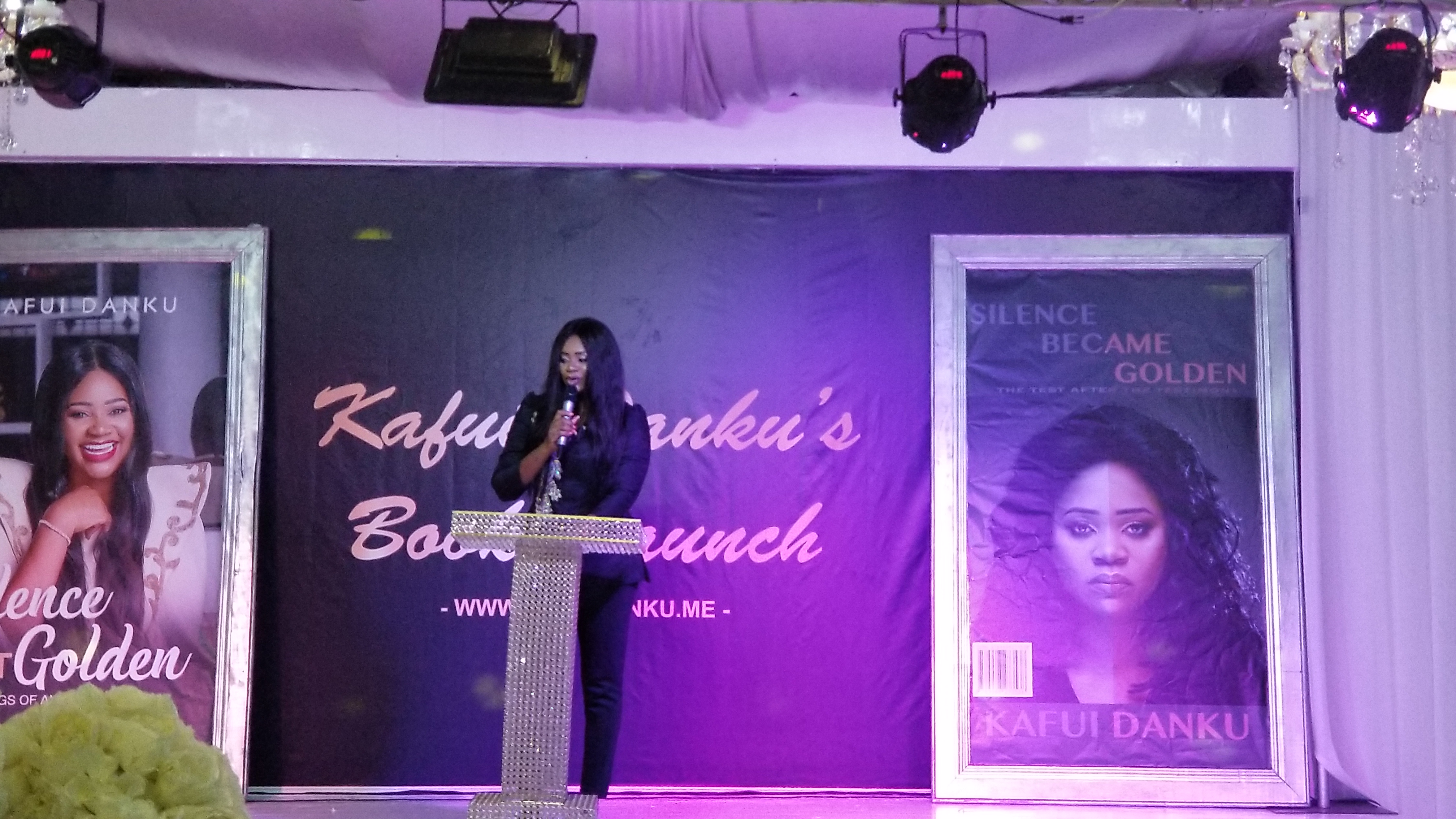 Actress, Kafui Danku has launched her maiden book which covers her many years of painful experiences written to inspire and encourage others.

Title, ‘Silence Is Not Golden’, the book echoes the often-overlooked cry of many women and captures the enduring frustrations of some families.

Speaking at the launch held at Trade Fair, Accra, on Sunday, Kafui Danku urged all women to resist all forms of abuses and let their voices be heard instead of keeping quiet with the notion that silence is golden.

According to her, silence is not golden as many have erroneously come to believe.

“I have just realized that, there are so many issues that eat us up as women or as a people and from my experience of what I have gathered so far I realize that a lot of women want to be listened to, they want people to know how they feel especially when it comes to issues of delayed conception.”

“So ‘Silence Is Not Golden’ …. with a very eye-opening and inspiring journey and we will learn when to be silent and we also know some silence can be very distractive,” she stressed.

For Ralph Antwi, author and Founding President of Rain Foundation, “Silence is Not Golden and its sequel, Silence Became Golden are both page turners… The various pages of both books challenge positions that elicit perceptions inimical to the ultimate good of our world. The books will stir up various emotions in you as you reflectively journey through the pages. You will be challenged to become an active part of the crusade against abuse of women.”

Kafui Danku is an award-winning filmmaker with a bachelor’s degree in English and Classics from the University of Cape Coast.

She is also the co-founder of Abc Pictures Limited, currently among few prominent movie production houses in Ghana that can boost of award-winning favorites such as ‘Letters To My Mother’, ‘Happy Deathday’, ‘I Do’ and ‘Any Other Monday’ to its credit.

She is a wife and a mother.