The lawyers claim Justice Dotse in several of his judgment commentaries spoke ill of their client signalling his dislike for him.

They, therefore, wondered why he should be part of a panel that hears matters involving their client. They also fear his comments could influence local courts where their client could have sought remedy for the violation of his rights.

Mr. Woyome was paid GHc 51 million after claiming he helped Ghana raise funds to construct stadia for the hosting of the 2008 Africa Cup of Nations.

However, an Auditor General’s report released in 2010, held that the amount was paid illegally to him.

Subsequently, the Supreme Court in 2014 ordered Mr. Woyome to pay back the money, after a former Attorney General, Martin Amidu, single-handedly challenged the legality of the payments.

Following delays in retrieving the money, Supreme Court judges unanimously granted the Attorney-General clearance to execute the court’s judgment, ordering Mr. Woyome to refund the cash to the state.

Challenging the Supreme Court’s order at the African Court on Human and People’s Rights in Tanzania, the lawyers of Woyome said: “The contention of the applicant is that following from the earlier concurring opinion to the decision of the review bench, the court cannot be said to have been impartial.”

Lawyers of Woyome said the judge had formed a “prejudice mind” and “no wonder within a few weeks he wrote the lead judgement for the review bench of the Ghana Supreme Court.”

He argued that there were many opportunities for Mr. Woyome to seek further legal remedies over claims of the violations of his human rights before heading to the African court on human and people’s rights. 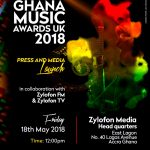