He says the Court of Appeal judge – empanelled by Chief Justice Georgina Wood to hear all cases involving the judicial bribery scandal – showed disrespect to the Supreme Court.

Mr. Dery’s issue with Justice Torkonoo stems from a ruling she gave in respect of an application for contempt he brought before her.

Justice Dery is fighting attempts to remove him from the bench for allegedly receiving bribes.

Journalist Anas Aremeyaw Anas and his Tiger Eye PI collected what they alleged were video evidence in which some 34 judges were found to have taken bribes to pervert justice.

Justice Dery is one of nine High Court judges mired in this controversy.

After the video was compiled, he issued a writ at the High Court on September 14, 2015, contending amongst others that the audio-visual recordings were done in violation of his right to privacy.

To that extent he argued that the video should not be screened, neither should any transcripts be published from them and that they could be relied on to remove him.

Tiger Eye in spite of this screened the video at the Accra International Conference Centre.

Following this, Justice Dery brought an application for contempt against Anas, Sulemana Braimah of the Media Foundation for West Africa, two editors of the New Crusading Guide newspaper amongst others.

The Court of Appeal Judge sitting as an additional High Court judge, dismissed the application for contempt on September 28 even though the case was originally scheduled to be heard on October 12, 2015.

Justice Dery’s lawyers raised concerns about the decision and proceeded to the Supreme Court to cite her for bias.

The lawyers also asked the highest court of the land to give an order restraining the judge from hearing the substantive case.

The embattled judge is arguing before the court that “despite the pendency of these two applications before this Court, [Justice Torkonoo] in outright disrespect of this Court caused a hearing notice to be served on me to appear before her on 3rd December, 2015, for the hearing of the same contempt application which [she] had already dealt with on the 28th and 29th September, 2015 and dismissed.”

He said it was pointed out to her that she lacked jurisdiction to deal with a matter which she had already disposed of.

According to the application, justice Torkonoo advised herself and didn’t reopen the case on that December 3.

She nonetheless, “caused a hearing notice to be served on me to appear before her on 15th December, 2015, for the hearing of the suit I filed on 14th September, 2015.”

Justice Dery said “the Respondent caused the said hearing notice to be served on me to appear before her on 15th December, 2015, in spite of the Respondent’s knowledge of an application in this Court seeking to prohibit her from sitting on the said case among others and a motion I filed asking her to recuse herself.”

He said when his lawyers appeared in court, Justice Torkonoo “surprisingly purported to exercise jurisdiction over the contempt application although that was not the business of the day and gave a ruling vacating the earlier order she made dismissing the said application.”

For him, this decision to vacate the earlier ruling in spite of the cases at the Supreme Court is “calculated to interfere with, prejudice and also to undermine the outcome of the two applications pending before this Honourable Court.”

To that extent, he said she should be convicted and punished 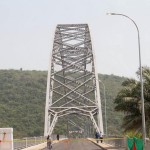