Jubilant supporters of the National Democratic Congress (NDC) in the Wassa East Constituency turned out in their numbers to give the Vice-President Kwesi Amissah-Arthur a joyous welcome when he touched base with them as part of his campaign tour of the Western Region.

The entire constituency on Wednesday was adorned with NDC paraphernalia while the supporters sang and chanted party slogans anxiously awaiting the Vice-President and his campaign team who finally arrived at the Sekyere Krobo Park around 5.30 pm.

The visit to the constituency coincided with the campaign launch of the Member of Parliament (MP) and NDC parliamentary Candidate for Wassa East, Mr Isaac Adjei Mensah, who is also the Deputy Minister for Roads and Highways.

Speakers who addressed the rally called on the rank and file of the supporters to come out in their numbers and vote massively to retain President John Mahama and Mr Adjei Mensah in the forthcoming election.

The Director of Elections of the NDC, Mr Samuel Ofosu Ampofo, asked the people not to be hoodwinked by false promises into voting against the NDC but rather keep faith with the party because there were better days ahead.

As the 2016 polls draw closer, the NDC has intensified its campaign to retain majority seats in the Western Region. In the 2012 Presidential election the NDC had 54.42 per cent and the NPP polled 43.80 per cent.

Also in 2012, out of the 26 constituencies, the NDC won eighteen with the rest going to the NPP.

According to Mr Ofosu Ampofo, the NDC was poised to increase its margin of victory in the region and charged party supporters to propagate the party’s message of changing lives and transforming Ghana.

Mr Amissah-Arthur spoke about the intention of the next NDC administration to intensify the rehabilitation of cocoa roads, as well as other infrastructural projects.

He introduced Mr Adjei Mensah and asked the people to retain him in Parliament. 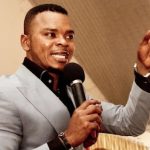