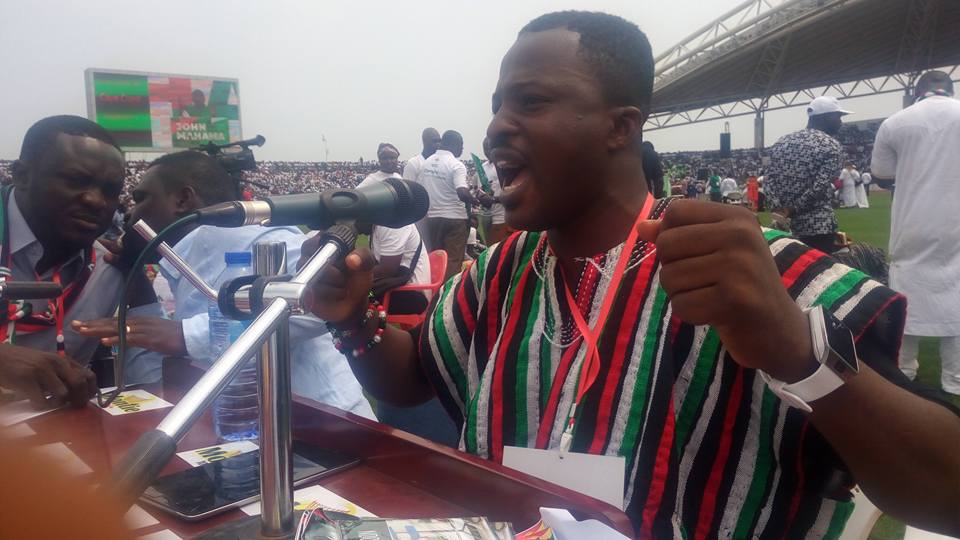 Speaking as a panel member on the show during the NDC’s campaign launch which was broadcasted live, Nii Attractive said campaigning this year has been so easy, because, one does not really need to speak much to convince a voter to vote for John Dramani Mahama.

“The evidences are so clear on the grounds” he claimed.

According to the journalist who doubles as coordinator for Celebrities for Mahama, he has finished the first phase of his campaign and together with actor John Dumelo, they are planning with the second phase.

Sharing his experience after the first phase of the campaign tour, he said, “At every region we visited, we noticed President John Dramani has done more work in which we were not in the known.

” Asked why, he said it’s “because the Green Book did not capture them; and because we are in Accra, we are not in the known.”

Nii Attractive added that considering all that John Mahama has done in 4 years, he will be over shocked if John Mahama does not win one touch.

“Ghanaians will never ever deny John Mahama; our second Kwame Nkrumah a second chance; because, he has not disappointed us in the first four years we gave him. John Mahama will win one touch!” he declared assuredly and boldly.