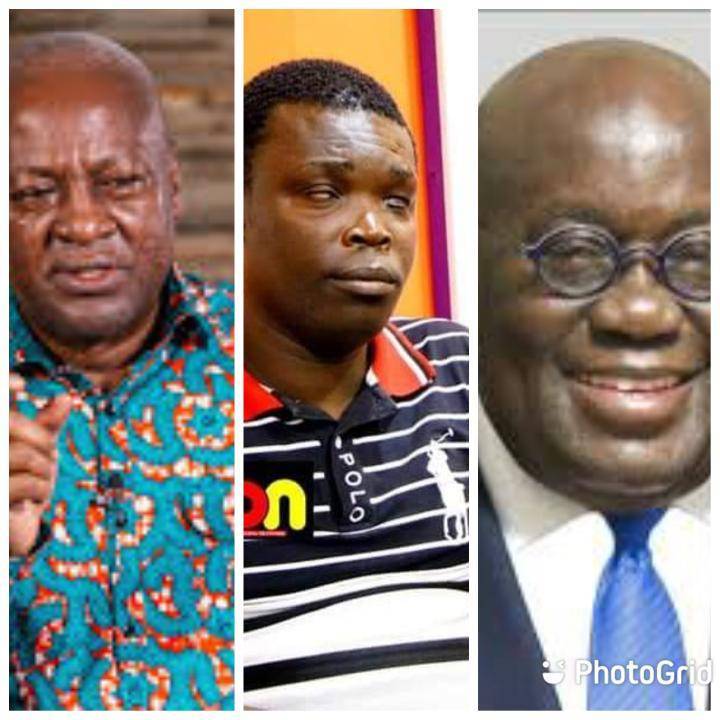 Popular Ghanaian historian and a student of University of Ghana, Bulgaria has revealed the winner of the 2020 Presidential elections.

Bulgaria, in an interview on Kofi TV, Monitored by ghanapoliticsonline.com, revealed that John Mahama, the flagbearer of the NDC is winning the elections .

The Blind historian drew an analogy of Ghana and US elections since 1992 and revealed how each elections have affected the other.

Bulgaria opined that anytime Democrats wins the US elections, the NDC does same in Ghana. He boldly said since Joe Biden’s democrats has won it is a convincing win for John Dramani Mahama and the NDC as well.

Bulgaria’s analysis was based purely on historical events as he is a historian. Although his analysis confirms what a lot of Ghanaians have said when the results of the US elections started trickling in but Bulgaria asserted that there is a very strong correlation between the two elections.

He further refuted claims by others who have said that US elections have no effect on that of Ghana’s election.