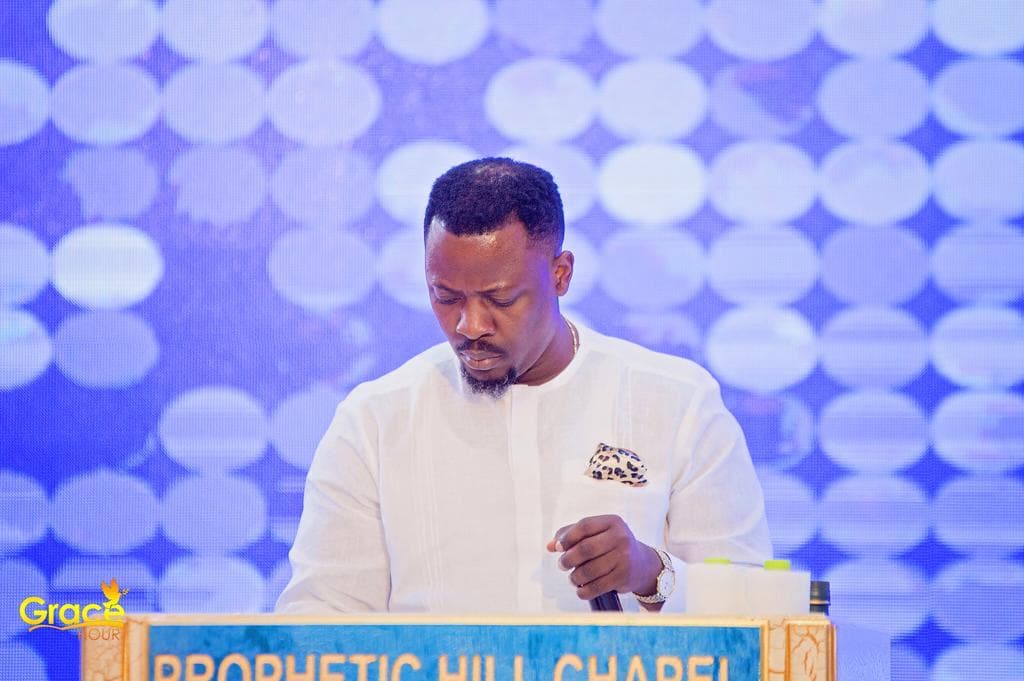 The leader and founder of the Prophetic Hill Chapel, Prophet Nigel Gaisie has prophecied that John Dramani Mahama will win the upcoming 2020 elections.
According to Nigel Gaisie, God has revealed to him that the NPP will fall greatly in the Western and Central regions of Ghana.

He also stated that NPP will lose massively in Asamankese – as revealed to him spiritually.
The man of God, who promised to reveal the percentage by which the NDC was going to win the election emphatically stated during the all-night service captured by Ghanapoliticsonline.com  that the NDC will win by 52.1%.
He said, “The nation should bring back Kwame Dramani and he will place the nation on a good path”.

“If the NDC leaders think and act now instead of the future, they will win the election. God revealed that NDC won by 52.1%”, he concluded.
This is not the first time the man of God is predicting an electoral outcome, he predicted Nana Addo and the NPP’s win ahead of the 2016 elections.
However, what makes this prophecy special from the other’s is his emphasis on the actual percentage.