Managing Editor of the New Crusading Guide Abdul Malik Kweku Baako has stated that former President John Mahama cannot accept all the blame for the of the opposition National Democratic Congress (NDC) defeat in the 2016.

According to our earlier report, former President of Ghana, John Mahama, cautioned members of the NDC party to halt blaming his appointees for National Democratic Congress'(NDC) defeat but him because he led the party in the 2016 election.

“Of course as the general who led us into battle, I take ultimate responsibility for our losing the election and so if it will satisfy those people, blame me for the loss.”
However, commenting on the former President statement on Newsfile on JOY NEWS today April 15, Kweku Baako noted that the abysmal performance of persons put in positions of trust during the campaign contributed to the NDC’s electoral defeat.

Kweku Baako added that ex president Mahama has exhibited “leadership” by taking the blame for the party’s defeat.

“It’s good if a leader comes out to say I take ultimate responsibility, but there is the element of collective responsibility. The conduct of some of the campaigners, the key people who were put in positions of trust all contributed to the abysmal outcome of their performance. That is obvious.” 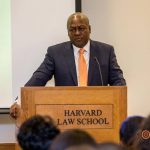