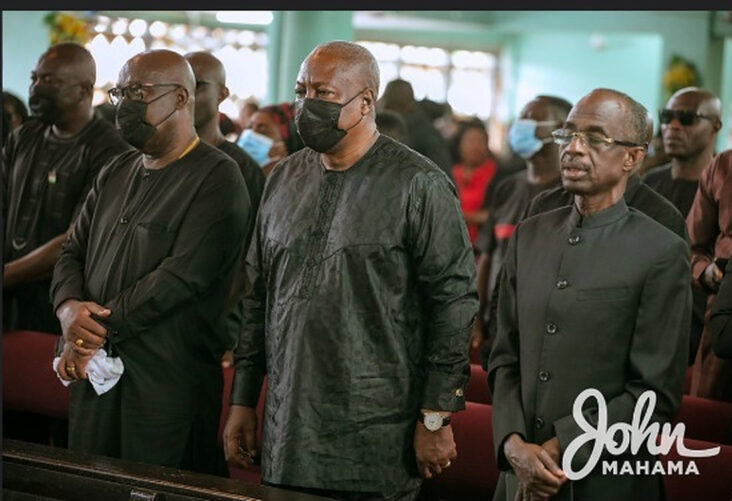 Former President John Dramani Mahama and the leadership of the National Democratic Congress (NDC) at the weekend joined family members and players in the entertainment industry to mark the one-week memorial service for the late Alfred Benjamine Crentsil, a highlife legend at Tema Community Eight Bethel Methodist Church.

The late music legend popularly in show business as A. B. Centsill, took Ghana and the rest of the world on a musical journey during his musical career with highlife music which included the love to hate hit music Moses, Devil, Atia among others.

According to the family, the body would be laid in state on November 4th, the funeral service on November 5th and the thanksgiving service at Bethel Methodist church, Tema Community Eight on November 6th.

Mr. Bice Obour Osei Kuffour, former President of the Musicians Union of Ghana, (MUSIGA) who spoke to media men on the sidelines of the celebration in Tema recounted that the late A. B. Crentsil had been his pillar since his father passed on and prayed the Lord strengthened his family.

He described him as a father, a teacher whose advisory role in his life was irreplaceable, and “he is a great inspirer and a mentor, who mentored me well”.

Mr Ahuma Bosco Ocansey, Director of Special Projects and Communications, MUSIGA said A. B. Crentsil’s style of music was unique and urged the youth to learn from his music style. 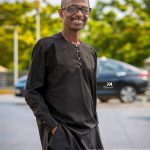 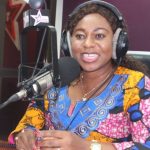