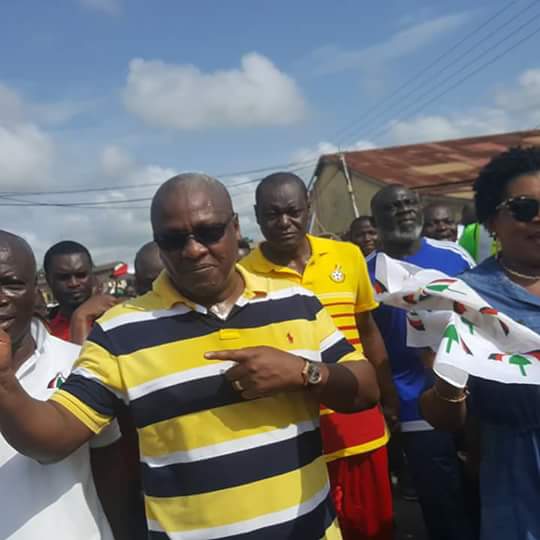 The Greater Accra Regional Organizer of the opposition National Democratic Congress (NDC), Anthony Nukpenu, says despite former President Jerry John Rawlings being the Founder of the umbrella family, his love, commitment and loyalty to the party cannot match that of the immediate past President of the land, John Dramani Mahama.

Mr. Mahama, according to the NDC organizer, has for the past years, demonstrated his commitment and dedication to serving the party.

“John Dramani Mahama is the only former President who has shown love, loyalty, commitment, dedication and respect to the NDC more than anyone. When it comes to former President Rawlings, I have not seen that”, he noted.

To Nukpenu, it was about time bigwigs in the party focus more on reorganizing the NDC after suffering a humiliating defeat from the hands of the New Patriotic Party (NPP) in the 2016 general elections rather than concentrating on who becomes the Presidential Candidate for election 2020.

Anyone with such an idea, the NDC Organizer added, is not a true party man but a self-seeking individual who does not have the interest of the party at heart.

Interacting with Akwasi Nsiah on Si Me So on Kasapa 102.5 FM, the NDC Organizer cautioned any party man with interest of becoming the flag bearer to reconsider his or her action just like Mr. Mahama has done for the sake of party unity.

“If people think that they will be out there and be throwing stones, it will not wash. I can tell you that John Dramani Mahama is not so eager to contest the flagbearership of the NDC. His interest is how we bring the NDC to life so that the party will be recognized as a formidable force to reckon with to enable the people to vote for them. NDC was united but greed caused our defeat. I am not a John Mahama supporter but I love him so much because of his humility and comportment”, he said.

He added “Anybody that has come out to declare his intention to contest the flagbearership race is only thinking about himself. This is because if you are a true party man and after suffering such a humiliating defeat, you don’t go out there and portray yourself as the best player to be chosen for the position of a flag bearer but rather join hands with others to diagnose the party. All those championing their interest to lead the party are greedy.” 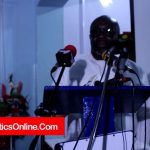 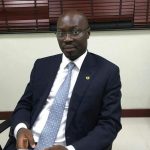