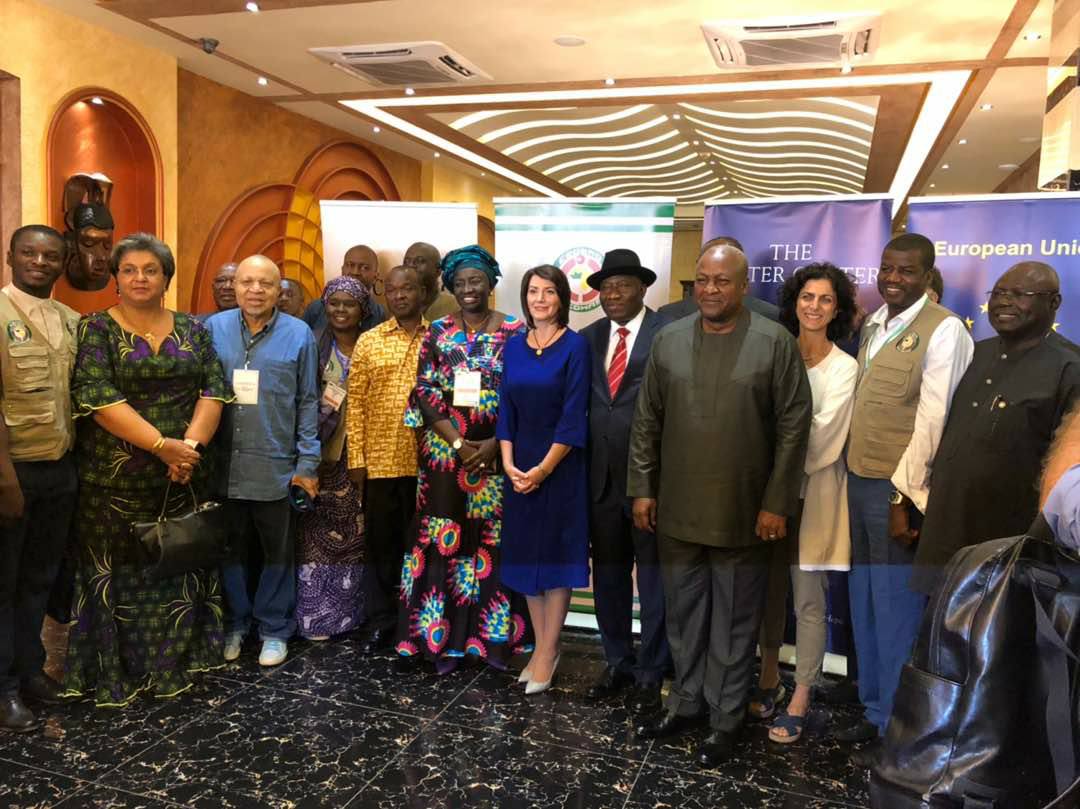 Ghana’s immediate past President John DramaniMahama, Head of ECOWAS Election Observation Mission to Liberia,met Monday with the two candidates for the 26 December rescheduled presidential run-off, George Weah and out-going Vice President Joseph Boakai and appealed for their maximum cooperation to ensure a peaceful and credible election.

He reiterated at separate meetings with the presidential flag-bearers, who emerged from the inconclusive first round balloting of 10th October that “As I have always said, the responsibility for a successful election is the primary responsibility of the citizens of a country; international observers only facilitate the process.”

Noting that “a lot of water has passed under the bridge to test Liberia’s democratic credentials,” a reference to the legal dispute that followed the first round vote, which had to be settled by the Supreme Court. The Head of Mission told the two contestants that international observers had sacrificed their end-of-year celebrations in the interest of Liberia and democracy in the region.

He therefore, called on all political actors in the country to play by the rules and conduct themselves responsibly. In case of any disputes, he said, any aggrieved party should seek redress through legal and constitutional means and not resort to violence.

The Ghanaian statesman congratulated the ECOWAS Commission for deploying a Technical Team to support the Liberia’s National Elections Commission (NEC) in cleaning up the contentious Voter’s Register, and acknowledged the tireless efforts of the ECOWAS Special Representative to Liberia, Ambassador BabatundeAjisomo.

He expressed his optimism that following compliance withthe Supreme Court’s decisions and the recommendations of the ECOWAS Technical Team, the stage was now set for the election to go ahead.

Both candidates assured the Head of the ECOWAS Mission of their commitment to respect the electoral codes. On his part, he wished the two candidates well in the political contest.

The NEC Chairman Jerome Korkoya,at a subsequent meeting with the ECOWAS Head of Mission,informed the meeting that the hard copies of the final registration roll (FRR)were being provided to the two political parties in addition to the public display of the document to guide voters on Election Day.The NEC Chair explained that electronic copies of FRR were not being provided in order to avoid tampering with the sensitive document.

In continuation of his engagements on Monday, the Head of ECOWAS Mission also received heads of other International Observation Group for purpose of information and experience sharing. Represented at the meeting were the African Union, European Union, Carter Center, the Electoral Institute for Sustainable Democracy in Africa (EISA), and the US National Democratic Institute (NDI), co-led by Nigeria’s former President Goodluck Jonathan.

After listening to the presentation by the ECOWAS Technical Team, the international observers commended ECOWAS for its contribution and support towards the resolution of the politico-legal dispute, noting that while the Voter’s Roll might not be perfect, it is a strong basis for the conduct of a credible election.

The Head of ECOWAS Mission also addressed the 39 ECOWAS short-term observers on Monday before their deployment to different Liberian Counties for the Tuesday’s election.

He told them that “beyond our moral support for our Liberian brothers and sisters, our duty as observers is to ensure that international standards are adhered to during the conduct of the 26 December 2017 run-off Presidential election.”

“Having suffered the horrors of a brutal civil war and the devastation of the Ebola pandemic, with a weak economy and high youth unemployment, Liberia today needs the concerted effort of all her citizens for the enormous task of reconstruction and nation building,” he said.

According to him, “The urgency of this task is further brought to the fore by the imminent departure of the United Nations Mission in Liberia (UNMIL) that has been here for the past 14 years. Thus, it is my hope that the political class will once again galvanise the citizenry, to come out en masse and peacefully cast their vote to enable this country proceed with its reconstruction.”

In her remarks, the ECOWAS Commissioner of Political Affairs, Peace and Security Mrs Halima Ahmed, urged the observer to be professional, neutral and unbiased in their task. 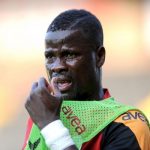 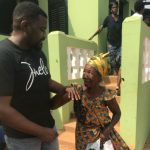