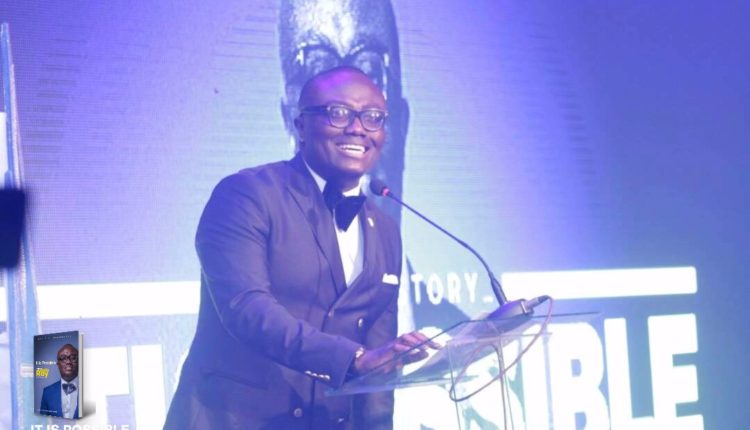 Dr. Duffour purchased the book for a whopping GHC100, 000, while ex-president Mahama is said to have secured his copy for an undisclosed amount. The JOSPONG boss also bought his for GHC 50, 000.

Authored by journalist Obed Boafo, the book (titled “It Is Possible”) details the media mogul’s life over four decades, as well as his journey to becoming one of the country’s foremost business persons.

The 320-page biography which was launched in grand style at the Labadi Beach Hotel in Accra on Thursday, September 21 was graced by dignitaries such as French Ambassador to Ghana, Mr. Francois Pujolas, Former President Mahama, Former Chief of Staff, Julius Debrah, Deputy Minister of information Kojo Oppong Nkrumah, Paramount Chief of Esikado, Nana Kobina Nketsia V who chaired the event, and Broadcaster Kwami Sefa-Kayi who emceed the event, among others.

Kwami Sefa -Kayi
Other celebrities who performed at the event included; Stonebwoy,Efya Wutah and host of others.