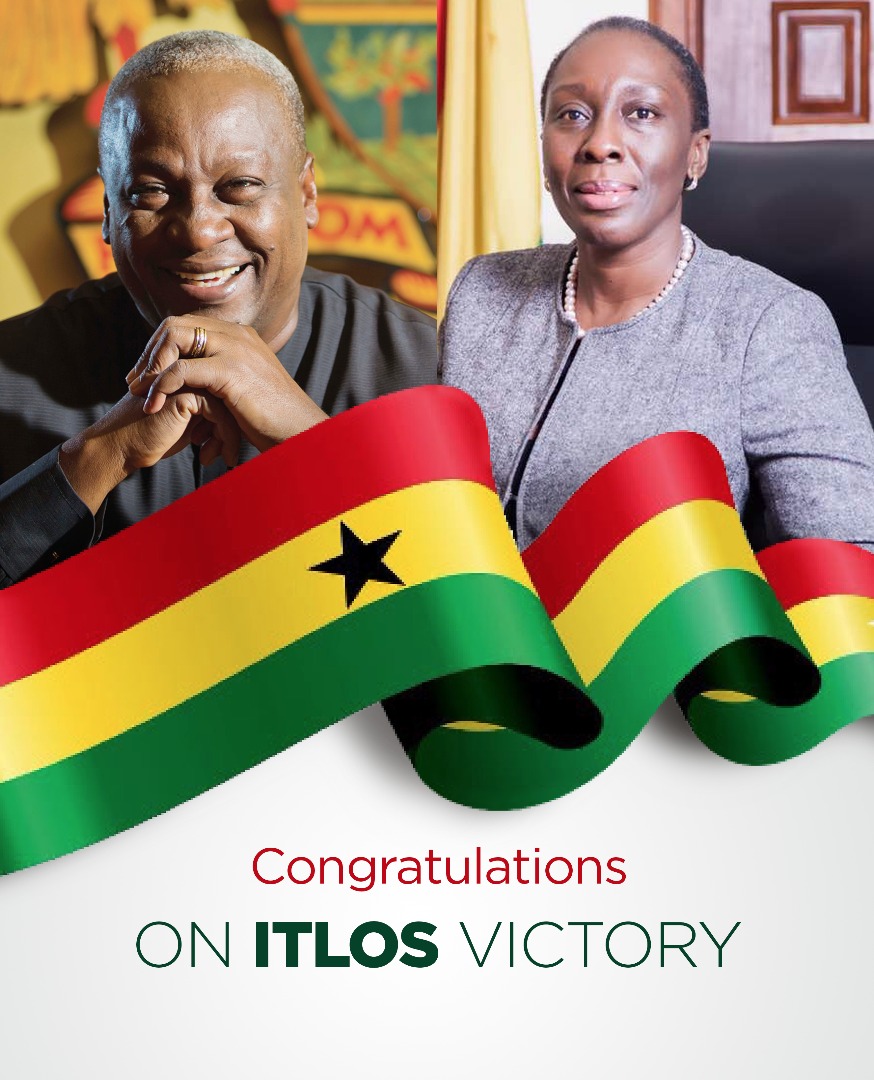 The opposition National Democratic Congress (NDC), has praised the foresight and strong leadership of former President John Mahama, and late President, John Evans Atta Mills, for last Saturday’s victory at the International Tribunal of the Law of the Sea.
The Germany-based international court, gave judgment in favor of Ghana in the maritime dispute with Côte d’Ivoire, sparking a wave of excitement in the country, because Ghana will continue to generate revenue from the oil resources.

Former Attorney General and Minister for Justice, Marietta Brew Appiah-Oppong, who led the Ghanaian side to court during Mahama administration, has also expressed delight over the judgment delivered by ITLOS in relation to the Ghana-Côte d’Ivoire dispute.
In a statement signed by the party’s national chairman, Kofi Poturphy, the NDC acknowledged “President Mahama’s courage in launching the ITLOS case despite concerns that this could be misinterpreted by our neighbors as a hostile act and that Ghana could lose the case at ITLOS.”
The NDC said, President Mahama withstood pressure to withdraw the case, which started in 2014, demonstrating awareness of the fact “protracted bilateral negotiations posed a greater danger to our bilateral relations.”