The John Mahama 2016 Campaign wishes to denounce the violent and unprovoked attack on members of the ruling National Democratic Congress (NDC) by the MP for Abuakwa South, Samuel Atta Akyea, and the Abontendomhene of Kyebi.

Mr. Atta Akyea, who is MP in the constituency of the opposition leader, Nana Akuffo Addo, intentionally drove his vehicle into a crowd of NDC supporters, wounding several people including the NDC’s mobile cinema crew in Kyebi.

The incident occurred after the crew closed from a ‘film show’ of President John Dramani’s Mahama’s achievements at Akyem Asafo.

Irate members of the NPP, led by the Abontendomhene of Kyebi, then went on a rampage, destroying NDC banners, posters and other paraphernalia.

The attack on our supporters and the destruction of campaign materials are illegal and infringes on the fundamental human right of the people to participate in multi- party politics and support a candidate of their choice.

This was a direct attack by the NPP on NDC supporters, and while calling on our supporters to continue to remain calm, we condemn unreservedly such dastardly acts by the opposition.

Coming just days after the leader of the opposition, despite his widely known violent nature, pledged to work towards a peaceful election before the international community and Ghanaians, we cannot hesitate to advise Nana Addo to learn and appreciate the need to provide leadership to his party and have them desist from violent actions.

We also do hope that the National Peace Council and the National House of Chiefs will condemn and hold responsible the Abontendomhene for his actions.

We implore the police to ensure that the necessary process is followed to bring those responsible for these attacks to swift justice, and to ensure the safety of all voters in Kyebi.

These unprovoked, violent and senseless attacks on Ghanaian citizens must be condemned and the perpetrators brought to book.

We, the NDC, believe in the right of every Ghanaian to vote in peace and safety.

Our vote is our response. Violence is not an option. 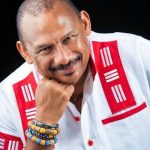