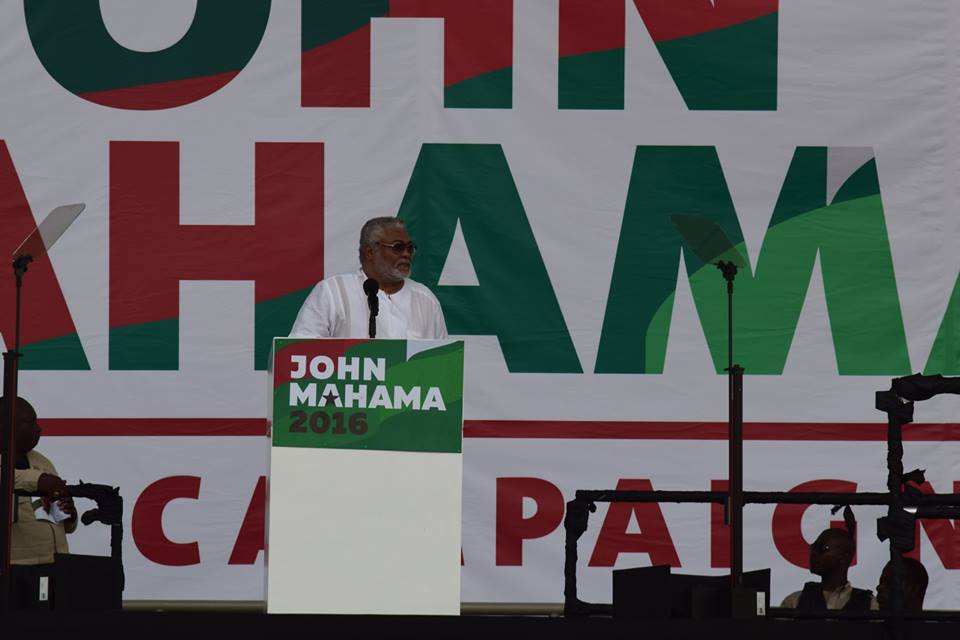 The aL-hAJJ is reliably informed of moves by former President Jerry John Rawlings and his hirelings to force a take-over of the leadership and management of the opposition National Democratic Congress from its present handlers.

Known for his adroit covert political antics, mostly denied at its initial stages, the ceremonial NDC founder, according to intelligence available to this paper, is backing cadres and so-called members of 31st December Movement who are moving round the country mobilizing NDC supporters in the name of reorganization of the biggest opposition party.

In his recent interaction with the Volta Caucus of the Minority side in Parliament, Mr Rawlings spoke bitterly of how the NDC “has been ambushed and held hostage” by persons he failed to name, insisting that “the time has come to free the truth.”

Though Functional Executive Committee of the NDC has set up a 13 member Committee led by Professor Kwesi Botchwey to investigate why the party performed miserably in last December elections and, to make recommendations on the way forward for the party, Mr Rawlings and his men are reported averse to this move.

Sources close to the NDC founder have disclosed to this paper that the former military strongman believes the present handlers of the party want to use the committee to hide their failures in order to perpetuate their stay in office.

In order to checkmate this supposed scheming by the Kofi Portuphy-led National Executives of the NDC, Mr Rawlings is reported to have given his blessings to two groups to go for the jugular in a bid to “rescue the party.”

The NDC Founder has however deny claims suggesting he is scheming to take over the party, “I wish I could say yes, but I think it sounds better in my ear to say that I want God to come and lead us because of the integrity factor. God can be found in the truth.”

Nonetheless, The aL-hAJJ has gathered that a new think tank, the Crusade for Probity and Accountability, and a group calling itself Coalition for Rejuvenation and Reorganizing of the NDC (CCR), mainly made up of known allies of Mr Rawlings, have since emerged ostensibly to help in reorganization of the party to position it battle ready for 2020.

Addressing a news conference in Accra last week, spokesperson of CCR, Kunkum Ampiah, kicked against decision on the formation of the Prof Kwesi Botchwey-led Committee, insisting that the reorganization of the NDC should be the prime focus of the party instead of investigating what led to the party’s defeat.

“We do not need a fact-finding committee to explain December 7. We lost because hundreds of thousands of our members and supporters boycotted the polls for years of neglect by the leadership and some arrogant and ineffective election campaigners,” Mr. Ampiah stated.

Citing reasons for the party’s defeat, Mr. Ampiah said “our members and supporters say the party (NDC) abandoned its grassroots base – working people, youth, women and indigenous business people once it got power.”

“Instead of policies, programs and institutions to uplift this considerable and important constituency, our government offered only spin.”

“Our members and supporters say the party’s presidential and parliamentary campaigns sidelined experienced hands and party organs in favor of inexperienced and unaccountable appointees, relatives and friends.”

Touching on the rationale behind the formation of the group, Mr. Ampiah said “we have come together because of the crushing defeat of our party in both presidential and parliamentary elections on December 7 and the leadership collapse that it has exposed.”

Even before the NDC handed over power to the NPP, Crusade for Probity and Accountability also organized press conference, demanding the resignation of all national executives for overseeing the worst defeat of a sitting government under Ghana’s fourth republic.

“In the interest of the party, the national leadership should offer the best Christmas gift to the party especially its grassroots supporters by communicating to the council of elders their decisions to step aside en bloc at the earliest day possible,” the Convener of the group, Dr. Kwesi Djokoto, said at its inaugural press conference in December last year.

The two groups have been reiterating long held view of former President Rawlings that the current leadership of the NDC has drifted from the core principles and values on which the party was formed.

Mr Rawlings has since, the return of NDC to power in 2009; been having running battles with leading members of his own party, with his wife breaking away from the NDC to form her own party and succeeded in contesting the last presidential election.

Both Mr and Mrs Rawlings have never spared officials of the NDC, including the late President Mills and former President John Mahama. Some have alleged Rawlings worked with the NPP to defeat the NDC.

The NDC founder was conspicuously missing in the party’s 2012 and 2016 campaigns. When he was offered opportunity to speak at the NDC’s campaign launch at Cape Coast in the Central Region on Sunday, August 14, 2016, Mr Rawlings said “the task ahead of you won’t be an easy task. I will reserve what I have to say till after the elections when I will come round the country to share with you how I think we could restore the kind of strength that can take us well into the future. There are certain weaknesses that we need to deal with.”

This statement, some political pundits have observed, was to send a signal to the NDC that Mr Rawlings was indifferent to the party’s victory in the last election and only wanted “the party to lose so he could find ways to use his assigns to take over the party.”

This however, dovetails into present goings-on in the NDC over who becomes the fulcrum around which the party will revolve going into the next election.

In spite of the humiliating defeat of the National Democratic Congress in last year’s polls which has left many party faithful humbled and dejected, immediate past President, John Dramani Mahama is encouraging members of the party to be proud of records of his administration.

According to Mr. Mahama, the NDC government’s performance in its eight years in power was very impressive that all members and supporters of the party must not shy away from defending the government’s achievement.

Interacting with minority Members of Parliament and leading members of the now biggest opposition party at his residence in Accra, the former president said “…we have absolutely nothing to be ashamed about. We have done a good job and I’m sure that history, as I said, will be the best judge.”

Explaining why the NDC lost some of its parliamentary seats to the NPP, former president Mahama advised the minority MPs to frequent their constituencies and not neglect those who helped them win their respective seats.

“I’m sure that all of you are up to the task. And you all have to work extra hard in opposition not only in parliament but also in your constituencies. Part of the reasons for some of the loss in some of the constituencies is how frequently you go back; how you associate with the people not only in respect of what you do for them but identifying with them and letting them know that you’re one of them,” he stated.

Adding that “so I encourage you as you go and I’m sure the veterans know this and that is why you survived this long. But some of the new ones… don’t let the elevation get into your heads. Make sure you go back as frequently as possible. Those ‘station boys’, who supported you, go and sit where you were sitting when you wanted the position. Go and sit with them. And when they bring their tea drink it with them. The little you have you share with them and they will stand by you.”

The NPP won the 2016 election with 53.85% of the total votes cast, against the NDC’s 44.4%. Since the NDC’s defeat, the rank and file of the party has been engaged in blame-game, forcing the party to set up a 13-member fact-finding committee, chaired by Prof. Kwesi Botchwey, to investigate the causes of the defeat of the NDC.

Since the party’s defeat, there have been discussions over whether Mr Mahama will lead the party into the next presidential election. While the ex-president’s immediate family is reported to have advised him not to make a comeback, some bigwigs and ordinary members of the party have been calling on him to contest the 2020 elections.

But John Mahama himself has called on NDC functionaries and supporters to focus on reorganizing the party ahead of the next presidential elections instead wasting time discussing whether he will make a comeback or not.