The taxi driver, who, at the peril of his own life, stopped two armed robbers in their tracks on Saturday in Accra, deserves national recognition, former President Jerry Rawlings has said.

Mr Rawlings, in a statement, commended the driver for knocking down the gun-wielding robbers, who attacked and robbed a lady near the Lands Commission.

The two shot and wounded the Koala supermarket sales girl. The driver, upon seeing the two fleeing, chased after and knocked the two down, as they made their getaway on a motorbike.

Despite their predicament, the two kept shooting until a soldier, who chanced upon the incident, intervened and made sure the two were arrested.

The victim who sustained gunshot wounds on the leg, is undergoing treatment at the 37 Military Hospital.

Mr Rawlings said both the taxi driver and the soldier deserved laurels.

“The boldness exhibited by the taxi driver was truly heroic and patriotic. At the risk of his own life, he confronted these armed men, damaged his taxi in the process and ensured they did not escape the law.

“We should all applaud his courage. The two men deserve national recognition for their bravery,” the former President said. 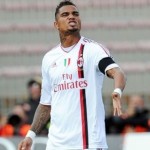