Public Relations Officer of the Ghana Police Service, Supt. Cephas Arthur has said the police administration cannot run the ongoing investigation in connection with the murder of the late Abuakwa North MP, Hon. Joseph Boakye Dankwa, like a football commentary.

He cautioned Ghanaians, most especially the media, to desist from engaging in lies or statements that may ”jeopardize” ongoing investigations.

Supt. Cephas Arthur in an interview with Nyankontton Mu Nsem noted, the police are aware of the level of interest in connection with the murder and how Ghanaians are eager to know the circumstances and culprits involved.

But that should not allow them to engage in lies or make statements that border on criminality because we will deal with anyone whose statement is found to be criminal, he warned.

Supt. Cephas Arthur said the police should be allowed to do their work. He said, we will inform Ghanaians when necessary because we cannot run the investigations like we are running football commentary on radio or on television.

He also cautioned the media to be circumspect in their report and avoid sensationalism. He said, although the media has the right to broadcast, that do not warrant them to publish false stories.

Supt. Cephas Arthur stressed on the need for the media to cross check their facts before publishing stories on this matter, else they crack the whip on any media firm whose publication is found to be criminal.

The late Joseph Boakye Danquah was stabbed to death at his Shiashie residence here in Accra on Tuesday 10 February 2016. He was found in a pool of blood when police rushed to the scene upon receiving a distress call.

Preliminary investigations revealed the late MP suffered multiple stab wounds which led to his death. Six suspects were arrested same day, but five were granted bail on Wednesday, 10 February 2016 with the security guard left under police custody until he was also granted police enquiry bail but will still be assisting with investigations. One other suspect who was arrested at Agogbloshie on Thursday, 11 February 2016, who allegedly confessed stabbing the late MP with two others, is still undergoing interrogation and in BNI custody. 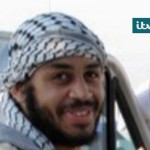