Justice Paul Uuter Dery, one of the 12 high court judges allegedly implicated in the Anas Aremeyaw Anas exposé on massive corruption in the judiciary, has initiated processes to cite the investigative journalist for contempt.

Justice Dery is heading to the high court with an application to commit Anas and Sulemana Braimah, Executive Director of the Media Foundation for West Africa (MFWA), to prison for contempt.

Two others who had incurred the wrath of the high court judge are Kwabena Anokye Adisi, popularly called Bola Ray, Chief Executive of EIB Network, and Samuel Frimpong, a senior editor of the New Crusading Guide.

This brings to three the number of actions the embattled judge has brought to court in one week.

On Monday, Justice Dery  HYPERLINK “http://www.myjoyonline.com/news/2015/September-14th/justice-paul-dery-sues-anass-tiger-eye-a-g-cj-over-judicial-bribery.php” issued a writ seeking a total of 17 reliefs, among them a declaration that the video evidence detailing judges (including him) allegedly receiving bribes was illegally collected and in violation of his right to privacy.

This was followed by  HYPERLINK “http://www.myjoyonline.com/news/2015/September-16th/justice-paul-dery-files-fresh-suit-to-stop-screening-of-anas-video.php” another writ seeking an interlocutory injunction on managers of the Accra Intentional Conference Centre against allowing the centre to be used to screen the video. The public viewing of the event is scheduled for Tuesday, September 22, 2015 at the Conference Centre. Invitations for the event have already been dispatched, with people calling into media houses for tickets.

According to the latest suit filed yesterday, September 18, 2015, Tiger Eye PI, through its Chief Executive Officer, Anas Aremeyaw Anas, who is the 1st respondent and acting Editor-in-Chief of The New Crusading Guide newspaper, “caused to be published on various media platforms, transcripts of the audio-visual recordings he has unlawfully procured in support of his bribery allegations against him.”

The high court judge also alleged that Tiger Eye, Samuel Frimpong’s deputy, Ernest Addo, Bola Ray and Sulemana Braimah advertised that there would be a public screening of the said audio-visual recordings at the Accra International Conference Centre on 22 and 23 September, 2015.

This was after he had sued Tiger Eye PI, Anas and others to prevent the screening before the matter is heard in court.

Justice Dery also said Anas, in concert with the rest he sued, continued to advertise the public screening of the said illegally and unlawfully procured audio-visual recordings and “that the respondents have also evinced a further intention of overreaching this court by publishing the said audio-visual recordings on international media platforms such as Aljazeera Television Network and other social media platforms such as YouTube, Facebook and WhatsApp.”

The judge also argued that “the substantive editor-in-chief of The New Crusading Guide has evinced a clear intention to continually bring the administration of justice into disrepute when he stated in an interview with Joy Fm – an Accra-based radio station – on 17 September, 2015 as follows: “Can anybody place an injunction on the sky? We are in the world of technology. Can any court stop people from seeing something in the sky? Can anybody injunct the international media when it is not emanating from the person you are litigating against?” Justice Dery also believes that the “respondents’ conduct is calculated to bring the authority and administration of the law into disrespect and disregard and to interfere in any way with the course of justice” and that “the respondents’ act of publishing the said transcripts and portions of the audio-visual recordings seeks to prejudice the fair trial of the case and that singular act amounts to contempt of court.”

A committee is already investigating the alleged involvement of the judges and other judicial staff in the bribery scandal.

At exactly 10am yesterday, Anas made his second appearance at the court complex on the High Street for the much anticipated cross-examination by lawyers for the affected judges.

Arriving at the court premises amidst tight security, Anas spent 30 minutes with the committee in another meeting.

As usual, he wore a hat with strands which covered his face, as he travelled with a horde of gun-wielding police officers and camera crew.

Twenty-two circuit court judges and magistrates have so far been suspended while 12 other superior court judges, mostly of the high courts, are facing possible impeachment for corruption over the bribery scandal that has rocked the judiciary.

The high-profile judges have been captured on either video or audio allegedly collecting bribes in order to give judgements in favour of those who had offered them.

Although Anas and his Tiger Eye PI were yet to screen the video to the public on September 22 and 23, the move has been met by suits and huge public outcry.

However, a day after Justice Dery had issued the first writ seeking to halt the publication of the transcripts, The New Crusading Guide newspaper published what it said were conversations with the judge at his home where he allegedly received the bribe.

This action of the newspaper, the judge argued, constituted an abuse of the court and must be punished.

Justice Dery believes the intended screening of the video at the Accra International Conference Centre whilst cases against same are pending in court is designed to scandalise the court itself, abuse his person and his right to fair trial.

Meanwhile, the Disciplinary Committee of the Judicial Council (JC) instituted by Chief Justice Georgina Theodora Wood has bowed to pressure to halt its sittings.

Charles Bentum of Bentum, Amoah & Co, lawyers for the 14 circuit court judges and magistrates, told journalists yesterday that the committee had suspended sittings in view of the pending injunction before the high court.

According to him, the committee would not sidestep the current application before the court, which is expected to be heard on September 22.

It may be recalled that the group of circuit court judges and magistrates had sued the CJ at the high court over the legality of the disciplinary committee.

They wanted a declaration that the disciplinary proceedings by the Judicial Council against them were contrary to law and or due process.

They were also asking the high court to declare that the panel constituted by the CJ to institute disciplinary proceedings against them has no legal basis and therefore null and void.

It has also emerged that other officials of the court who are not members of the Judicial Service made their way into the list of the staff of the Service.

A statement issued in Accra and signed by Justice Alex B. Poku-Acheampong said 15 people in the list submitted to the Service by Tiger Eye PI are not staff.

It stated that the Tiger Eye PI report indicated that they are staff of the following institutions: Police Service, Prisons Service and the Attorney-General’s Department.

Justice Poku-Acheampong further stated that the names and photographs of the ‘strangers’ were being forwarded to the relevant institutions for the necessary action.

According to the statement, two individuals had also been identified as private bail contractors.

On Thursday, some court clerks who are members of the Judicial Staff Association of Ghana (JUSAG) took their turn to watch the controversial video.

The staff, who DAILY GUIDE gathered may all not be members of the association, appeared with their lawyers and are expected to file their responses to explain why disciplinary actions must not be taken against them. 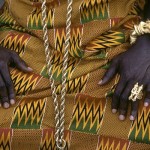