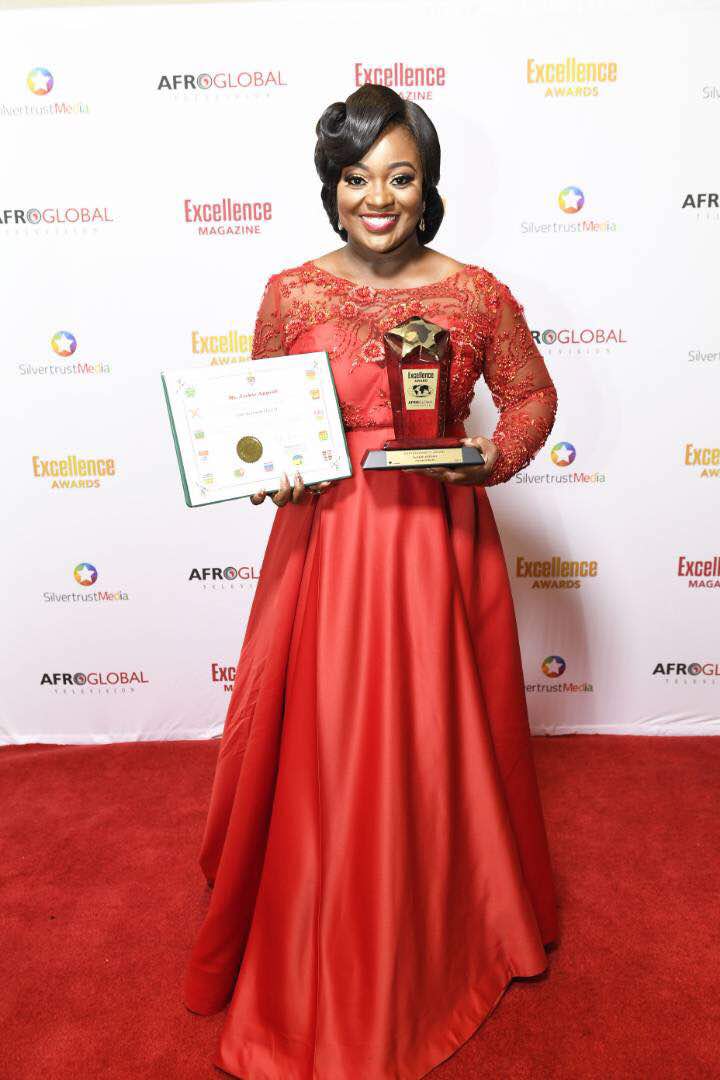 Screen goddess, Jackie Appiah was on Saturday honoured at the 2017 Afro Global Excellence Awards in Canada.

Jackie Appiah has added another laurel to her extensive awards collection on Saturday night October 21, 2017 when she was honored at the 2017 excellence awards held in Toronto, Canada.

Jackie picked up the ‘entertainment award’ on the night, for her excellence in film and all other endeavors. She was honoured alongside other prominent black achievers.

The annual excellence award, formerly the planet Africa awards, recognizes the best in Africa and the diaspora, and is organized by Afro TV. This year’s award ceremony came off at the international center in the Canadian city of Toronto.

Jackie Appiah the Canadian-born Ghanaian actress was sharply dressed for the occasion was to receive her award, and thanked almighty god tor this new achievement.

Spotting a red gown, the actress looked very splendid and was a definition of beauty.

The Afroglobal Excellence Award is an initiative of Canada-based Afroglobal Television to honour achievers and bring together people of African origin and others of goodwill, to celebrate leadership and excellence.

Among those awarded in the past include Nigerian Nobel Laureate, Professor Wole Soyinka; Nollwood actors Majid Michel and Zach Orji.