Weeping dominated the one-week rites for the late Member of Parliament (MP) of Abuakwa North, Mr J.B. Danquah-Adu, in Accra Thursday, but the event was not without controversy.

While the formal ceremony, attended by dignitaries, including the Vice-President, Mr Kwesi Bekoe Amissah-Arthur; the 2016 presidential candidate of the NPP, Nana Addo Dankwa Akufo-Addo, and almost all those who matter in the New Patriotic Party (NPP), was ongoing, a number of people from the Abuakwa North Constituency invoked curses on people who they alleged killed the MP.

Some of the constituents held eggs and bottles of Schnapps, poured libation and called the deities in the Abuakwa area to deal with all those who had a hand in the murder of the MP.

The NPP legislator was stabbed to death at his residence at Shiashie in Accra on February 8, 2016.

“No justice, no peace”, the group from Akyem Tafo and its environs chanted as some of them positioned themselves near a stand on which a framed photograph of Mr Danquah-Adu had been placed.

It took the National Youth Organiser of the NPP, Mr Sammy Awuku, and other party functionaries to talk the group out of the main funeral ground, leaving only the leader of the group, a man dressed in a black smock and togas, with a big red cloth wrapped around his neck and holding a pot covered with a red cloth, to break the eggs and pour libation to invoke the deities to deal with the culprit.

About an hour after they had been persuaded to move from the main funeral grounds, the members of the group returned under the leadership of the man who later identified himself as Thompson Oduro to state what he described as their message to the nation. “If the truth does not come out, there will be no peace. He was the husband of widows and the father of orphans. He was everything to us in Abuakwa North, Okyeman and the country. “Evil people conspired to kill him.

Although one person had been arrested in connection with the murder and had confessed to the crime, Mr Oduro said the group had no confidence in the police investigations so far. He asked for the burial of the late MP in his home town and added that they would ensure that Nana Akufo-Addo had 90 per cent of the votes in the constituency.

Among the mourners was the widow of the late MP, Mrs Ivy Danquah-Adu. Flanked by two women who took turns to console her, she sat quietly, with her hands buried in her black cloth.

Tradition would not permit her to shake hands. Occasionally, she wiped her face with a white hankerchief or nodded to those around her. Although the occasion was sorrowful, the event was full of colour and a display of Akyem culture. A group of Kete dancers twisted and turned to the sound of the drums, occasionally drawing cheers and applause from the crowd.

Although Nana Akufo-Addo arrived to a rapturous welcome, it was the Okyeman Apagyahene, Nana Asante Bediatuo, who stole the show. Nana Bediatuo, who arrived in the company of Barima Kwaku Duah, the Okyehenenananomhene, could not resist a few dance steps. His body gestures and facial expression managed to elicit a nod and a smile from the widow, probably the only one for the day.

The arrival of the embattled Chairman of the NPP, Mr Paul A. Afoko, also brought the event to a standstill.

Writing in a book of condolence opened for the late MP, Mr Amissah-Arthur paid his tribute: “This is one crime that is impossible to explain. The motive is lost to almost everybody.

All we know is that it has terminated the life of a promising man. A career has been cut short. Ghana is the loser. We sympathise with the family and pray that they will be able to carry on. May J.B. Danquah rest in peace.” A three-time failed presidential aspirant of the NPP, Mr John Alan K. Kyerematen, described the late MP as an enterprising entrepreneur. “Looking at what J.B. did for his constituents, I think he is a good example of what young professionals can do to support the development of the country if they go into politics. “One outstanding thing about him was that he was able to relate to everybody, in spite of their political allegiance.

That is what we need in the politics of our country,” Mr Kyerematen said of the departed legislator. The MP for Okaikoi Central, Mr Patrick Yaw Boamah, told the Daily Graphic that the late MP was the voice of private sector businesses in Parliament. “He was such a fine gentleman. His death will create a vacuum in Parliament for the private sector,” he added.

Among National Democratic Congress MPs who graced the occasion were the Deputy Majority Leader in Parliament, Mr Alfred Agbesi; the MP for Builsa North and the Eastern Regional Minister, Mr Antwi Boasiako-Sekyere. 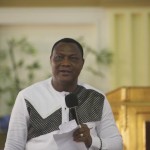 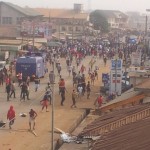