A member of the Council of Elders of the New Patriotic Party, Ambassador Agyei Bawuah, says it is better for the party to lose the 2016 elections without suspended chairman Paul Afoko than win with him at post.

The embattled chairman was suspended after a National Executives Committee – NEC meeting acting upon recommendation of the party’s disciplinary committee.

Mr. Afoko however is still holding himself up as the chairman of the party describing the meeting that took his dismissal decision as unconstitutional.

There have been varied reactions following the decision with the latest being a group of Afoko supporters thronging the party’s headquarters in Accra, demanding the reinstatement of Mr. Afoko.

Reacting to the demonstration in Accra, Ambassador Adjei Bawuah said “If the fortunes of a party depends on a single individual then the party has no business existing. Therefore if by the NPP disciplining one person constitutes a lose of the election, as long as the reasons for suspending him are genuine and proper and fair, well investigated then maybe for the NPP’s own sake it is better to loss the election without him.”

Mr. Afoko’s supporters however petitioned the party leadership and gave them a one week ultimatum to reinstate him or they would advice themselves.

The debate about Afoko’s suspension has seen some argue that the party cannot forge a united front without him and this could result in disastrous consequence in 2016.

Ambassador Agyei Bawuah was speaking in an interview with TV3’s Ashanti regional correspondent William Evans Inkoom and indicated that the behavior of Paul Afoko and his supporters should be a disappointment to the delegates who voted for him.

His indefinite suspension came after allegations of misconduct and other charges including breach of the party’s constitution were leveled against him.

A political science lecture at the University of Ghana, Dr. Bossman Asare, argued Paul Afoko still has the support of the party grassroots supporters and cautioned the party to tread cautiously in handling the recent developments in the party. 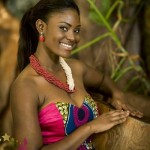