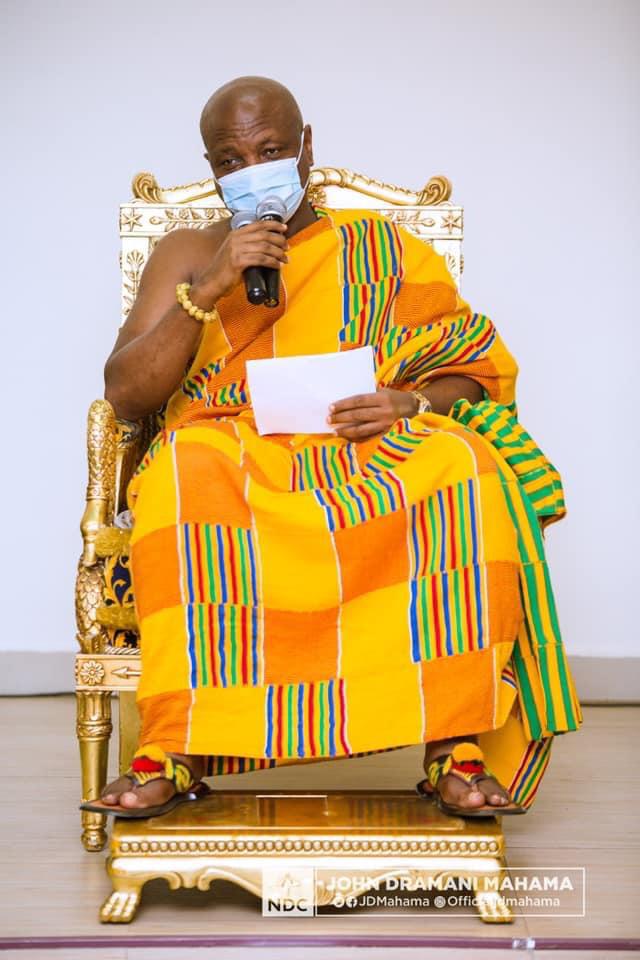 Togbe Afede XIV, the Agbogbomefia of Asogli State, has indicated that it is refreshing for the former President to give the people of the Volta Region some hope, as he campaigns to get voted for his second term.

Togbe Afede XIV indicated that the country for almost four years under the leadership of Nana Addo Dankwa Akufo-Addo has seen joblessness as a result of the banking crisis and COVID , a situation causing growing poverty in the country.

Togbe Afede explained that Ghana has all that it takes to turn our country into a paradise.

He added that the tenets of the constitution need to be upheld in order for the country to succeed, “particularly, the Directive Principles of State Policy which requires that the state should do all it can to maximize economic development”.

Togbe Afede XIV condemned the Ghana Armed Forces invasion of the Volta Region during the recently ended voter registration exercise and the exclusion of some Ewe communities from taking part in the exercise.

He said: “Unfortunately, the ‘Freedom’ and the ‘Justice’ that we are promised under our Constitution has become imperilled by tribalism. Our country has never been as divided.

“I don’t think the Ghanaian is inherently tribalistic, no. And I recall that during a meeting that Otumfuo addressed, he said it among all others that we are one people and Anlos (Ewes) and Asantes are one people. He talked, with pride, about the fact that the cook in his house is an Ewe and coincidentally, the cook in my house in Accra is an Akan, so, we are, indeed, one people. The Ghanaian is not inherently tribalistic.”

The traditional leader further said: “It’s so sad, just as you [Mahama] said that after 63 years of nationhood, we are still trying to define who a Ghanaian is.”

Togbe Afede went on: “It is a difficult time, indeed, for our country when we are now trying to rediscover ourselves; who are we; are we Ghanaians or are we not Ghanaians?”

There is a song in Ewe, he said, “that suggests that, and just as you [Mahama] said: ‘Everybody’s mother came from somewhere to give him birth at his place of birth,’ but of course, we’ve all lived as tribes of Ghana on this land for hundreds of years and we have every right to be proud of our Ghanaian citizenship.”

And, he also noted, “As I said several times recently, this is not the time for anybody to claim to be more Ghanaian than others. Tribalism is dangerous, as I’ve always said and tribalism is a result of ignorance.”

“It’s also a result of greedy politics, whose aim is to exclude some others, and therefore, to define some as insiders and some as outsiders,” Togbe Afede stressed. 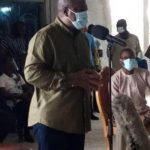