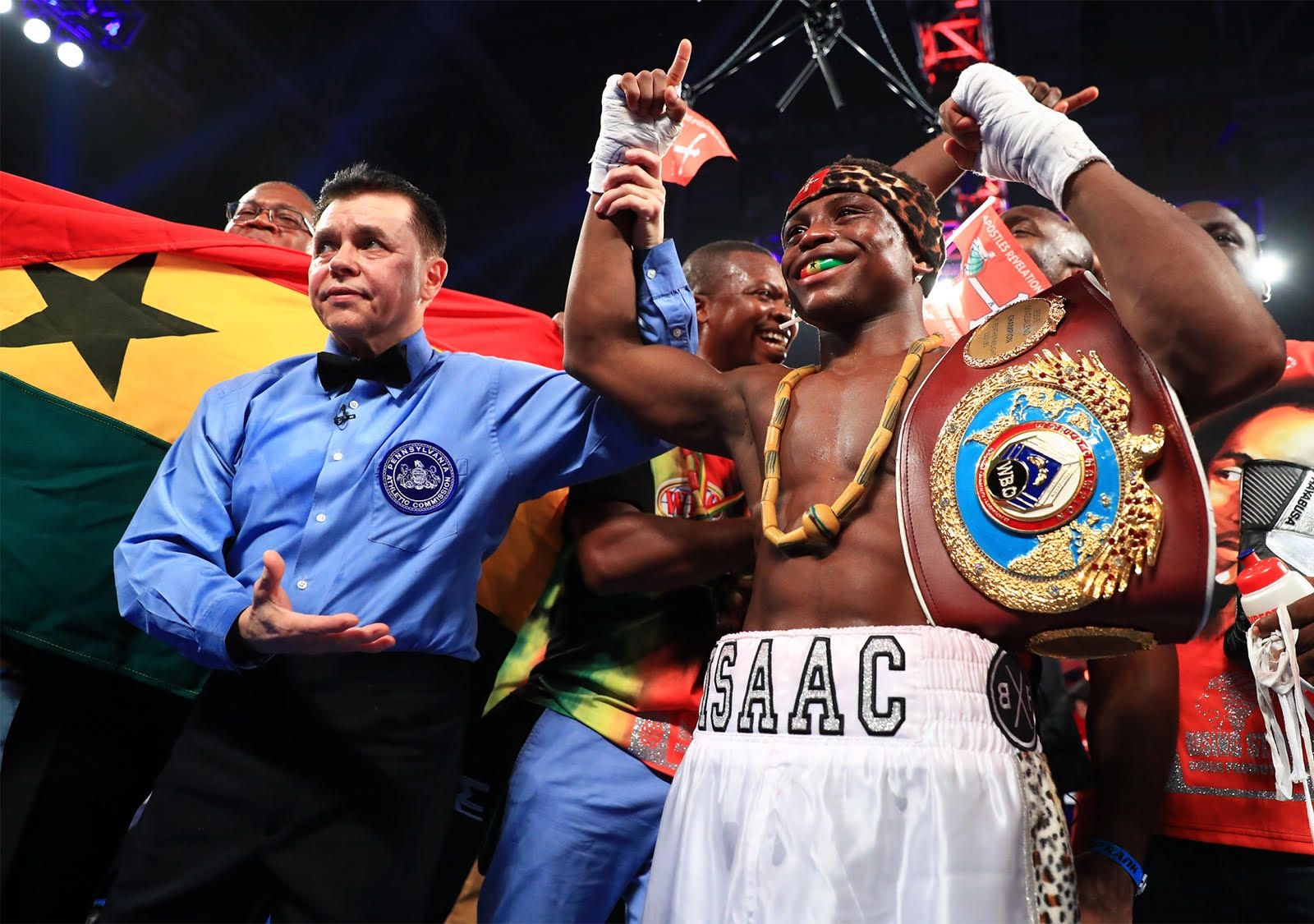 Dogboe, a 2012 Olympian from Ghana, had burst on the scene early this year, winning an interim title by knocking out Cesar Juarez in the fifth round in January, then claiming the full title with a rousing 11th-round knockout of Jessie Magdaleno in April followed by a first-round demolition of Hidenori Otake in August. But Navarrete, a much bigger man, could not be tamed in Dogboe’s second title defense and he gave Navarrete credit.

“Hearing those words (‘and the new world champion’) was the culmination of a dream, a culmination of all the hard work and all the sacrifices that I have made,” Navarrete said through an interpreter. “Thanks to Isaac Dogboe. I knew I’d have to be at my best.

“I hurt my right hand early in the fight, but I had the desire to be a champion and I did everything necessary to get the title, and I am very happy and proud to achieve this goal of being the world champion.”

“It was a great fight, and Emanuel Navarrete fought like a true Mexican warrior,” Dogboe said. “Champions are supposed to keep going under any circumstance, but I just couldn’t get the victory. The best man won tonight.”

The fight got off to a spirited start with several exciting exchanges in the early rounds. Navarrete suffered a cut on the left side of his hairline in the second round but he also seemed to rattle Dogboe with a right hand.

Dogboe worked the body very well but Navarrete found a home for his left hand, which he landed flush several times.