I couldn’t help screaming my lungs out and having torrents of tears pour over my cheeks when I read this humorous joke, in which the General-Secretary of the ruling National Democratic Congress (NDC), Mr. Johnson Asiedu-Nketia, jested that former President John Agyekum-Kufuor had lighted into President John Dramani Mahama for running the economy of Ghana literally aground, because the man widely acclaimed with having run the most successful Fourth-Republican government was deathly afraid of getting suspended by the Disciplinary Committee (DC) of the main opposition New Patriotic Party (NPP).

You may not like the wiry-framed, cross-dressing faux-socialist man affectionately nicknamed General Mosquito, but at least you ought to objectively concede him one thing – General Mosquito is a master of the delectable rhetorical art of repartee. My, this malaria-carrier can sting! Yes, this Anopheles Mosquito really knows how to take the sting out of deadliest bite of his political opponents. At 59, this political SOB continues to amaze me in no small measure. You know, dear reader, it is this nearly inimitable flair for rapid-fire response under pressure that makes the marked difference between the so-called National Democratic Congress’ Communication Team and the latter’s New Patriotic Party counterpart, the so-called NPP Communications Directorate.

For a party whose leaders proudly claim to be “non-radical” and “non-revolutionary,” the last tag that any levelheaded citizen would want to associate with the New Patriotic Party is a communications “directorate.” Well, now I am beginning to get the drift of the argument of those who believe the NPP is increasingly becoming too dictatorial to accurately answer to its otherwise enviable accolade of “a property-owning liberal-democratic” political organization. And I wish most of the key NPP operatives could learn a thing or two from this Seikwa-, Brong-Ahafo, born rustic master of the rhetorical equivalent of the equally masterful and memorable political cartooning of the immortalized Mr. Ghanatta.

On the preceding score, it is only Sir John or Lawyer Kwadwo Owusu-Afriyie, our man from Asante-Wonoo and former New Patriotic Party General-Secretary, who comes remarkably closest to being able to match General Mosquito boot-for-boot and sting-for-sting. And isn’t it a darn shame and a pity that this genius master of the revered art of the well-calibrated put-down would be so strategically unwisely shoved off the podium and out of party headquarters by the hip-shooting, albeit progressively rambunctious, Mr. Kennedy Ohene Agyapong, the Honorable Member of Parliament from Assin-Central? Well, the man has since profusely apologized for such epic gaffe and so there is little more to be said in his disfavor. I mean, you don’t trample a man who is already down and has contritely admitted the errors of his ways, or do you?

To the Mosquito’s gibe about former President Kufuor’s having caustically lit into President Mahama for the latter’s gross administrative incompetence because, somehow, my 77-year-old Uncle Kofi Diawuo was in morbid fear of getting indefinitely suspended from the NPP, I can almost hear Sir John poignantly riposte by asking the Mosquito to go fishing in the Korle Lagoon because in the incurably liberal-democratic New Patriotic Party, “We don’t do George Boatengs.”

Indeed, anytime the Mosquito unleashes such stinging salvos as the one recounted above, in the wake of the New Patriotic Party’s most recent Extraordinary Conference of Delegates in the Brong-Ahafo capital of Sunyani, I dearly miss Sir John. In such miserable times, I feel almost as if the NPP delegates congenitally and masochistically exult in having its crème-de-la-crème unwisely shunted to the sideline precisely when they are most needed in center-field, and when the party is hopelessly absorbing the political equivalent of stinging frontal hooks from either Chief George Foreman or King Muhammad Ali.

Make no mistake. I am not regretting the near-criminally belated indefinite suspension of Messrs. Afoko, Agyepong and the even more annoying Mr. Crabbe from the party. Nothing could come as more of a godsend than the strategically refreshing suspension of these political maggots. To be certain, my only regret here is that if the Almighty Mouth-Running Mr. Kennedy Agyapong – and, by the way, this man is one of my modern-day political heroes, when one meticulously cuts out all the obnoxious braggadocio – had not inadvisably caused Sir John to be gratuitously shunted to the curb, as well as caused the psychologically traumatizing humiliation of Monsieur Jake Obetsebi-Lamptey, the NPP’s administrative machinery would be performing much better than what we are witnessing under the miserably bumbling Mr. Freddie Blay, who obviously needs to take some crash tutorials from the likes of Mr. Samuel Odoi-Sykes, Mac Manu and, you guessed right, even Jake Obetsebi-Lamptey.

Lest I forget: Nana Akomea, the morbidly camera-shy “Chairman” of the NPP’s Burma Camp-sounding Communications Directorate, ought to take a brief brush-up vacation in order to learn a trick or two about the practical art of serious political communication, if he is to be reckoned to be a formidable match for his fire-spitting counterparts of the ruling National Democratic Congress. I mean, you know you are toast, or in deep trouble, when even a veritable communications toddler like the NDC crumbs-cadging PNC apparatchik like Mr. Bernard Mornah is capable of drowning you in a mere bucketful of salt water.

Then also, Lt.-Col. Anthony Karbo ought to make a diligent habit of comparing notes with his bosses and associates before going public with such harebrained talk about election boycotts even before the first punch has been thrown against the Electoral Commission and the wobbly and lily-livered Peace Council masqueraders have been shoved onto the ropes where they have always belonged. You see, such empty defeatist talk can only land you in a mosh pit. And I am quite certain that such a stinky hole is the last place Col. Karbo wants to find himself.

Let me also, finally, take this privileged opportunity to wish President Kufuor and The Mosquito a happy and a hearty birthday. I am also eagerly awaiting the day when the Danquah-Busia-Dombo Traditionalists would find the guts to proudly institutionalize and Bacchically celebrate our heroes like those cross-dressing, self-righteous and red-shirted “social democrats” have been doing, even as they luridly thumb their noses at the rest of us. To all my readers, a very Merry Christmas and a Happy “Joseph.” 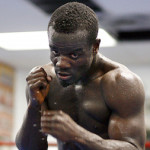