This unpredictable power outage caused thousands to loose their jobs,whiles some companies closed down with others loosing their lives. Students had to use candles,torchlight etc to study affecting the education sector massively.

The NDC Government in trying to solve this erratic power supply brought in the Karpower ship, to supply 450 megawatts of Power.

How helpful was this ship in curbing Dumsor? We will discuss it another time.

This dreadful situation however faded during the last quarter of 2016 making us think dum sor in now a thing of the past.

Whether the reason was politically motivated or not we are yet to find out.

However months after the NPP Government took office this unfortunate situation has crept into the system.

With the energy ministry blaming it upon the heavy rainstorm of which a delegation has been sent to Cote Dvoire to negotiate an increase in power supply to us.

But will it end this unpredictable power outages? What happened to the kar power ship, the Asorgli thermal plant, etc

As a country where do we stand in this power situation.

As a developing country we have to understand DUMSOR doesn’t have a political apparel, it is a general nuisance and must be stopped 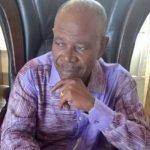