Nnewi—The Indigenous People of Biafra, IPOB, has expressed disappointment with the Abia State Government following its attempt to drag the group into the Abia State politics, when the group does not have any interest in who becomes governor of the state after an Appeal Court, Owerri, nullified the election of Governor Okezie Ikpeazu.

The Abia State Government through the Commissioner for Information and Strategy, Mr. Bonnie Iwuoha had accused the opposition, All Progressives Grand Alliance, APGA, of being behind the protest by IPOB and Movement for the Actualization of Sovereign State of Biafra, MASSOB, for the independent state of Biafra.

IPOB through its Media and Publicity Officer, Mr. Emma Powerful berated the Abia State Government and the Commissioner for trying to drag it into Ikpeazu crisis, when it was busy agitating for the release of its leader and Radio Biafra Director, Mr. Nnamdi Kanu, incarcerated by the Federal Government.

“It is disappointing that Abia State Government and its Governor Ikpeazu, who was recently removed by the court as governor of the state, have done nothing to ensure the release of Mr. Kanu, an Abia State indigene, or spoken against the action of the Federal Government that has continued to detain Kanu even after two competent courts of jurisdiction had granted him bail, instead they are trying to make misguided statement against IPOB.”

“The Abia State Government should bury its face in shame for doing nothing to ensure the release of a son of Abia State who is being persecuted for no justifiable reason, instead it is talking about APGA sponsoring us. The people that Iwuoha claim to be sponsoring us, are they not the people that told the soldiers to shoot in Onitsha.

“We do not want to join issues with Iwuoha and his governor because they will soon be unemployed, and they are looking for people to blame for their woes. IPOB has no business with any political party in the country because our concern is not Nigerian politics or state politics, our concern is the release of our leader and actualization of Sovereign State of Biafra. 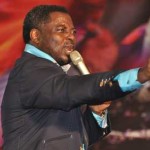