Deputy Chairman in-charge of Operations, National Commission for Civil Education (NCCE), Mr. Samuel Akuamoah, has advised the political parties and their supporters to stop the insults and name calling.

He expressed worry at the situation where lies are told and all sorts of disparaging remarks made against political opponents just to make them look bad in the eyes of the public.

That, he said was unhelpful to the growth of the nation’s multi-party democracy and could only fan trouble, adding, it is certainly not the path to travel.

Mr. Akuamoah was speaking at a community durbar held at Abuakwa in the Atwima-Nwabiagya District as part of intensified efforts by the Commission to reduce tension ahead of the November 7, general elections.

The programme was organized with support from the European Union (EU) and it brought together chiefs, assembly members, the unit committees, religious and other opinion leaders, teachers, market women, youth groups and representatives of trades association.

He asked all to work together to create a healthy political environment to sustain the country’s democracy.

Alhaji Alhassan Yakubu, the Ashanti Regional Director of the NCCE, appealed for increased support to enable it to effectively carry out its constitutional mandate.

He singled out for commendation, the EU, for its assistance to efforts at helping the people to live up to their civic responsibilities.

Mr. Emmanuel Antwi, the District Director of the Commission, underlined the need for cooperation and understanding between the assembly members and the unit committees to tackle felt needs of the communities.

The Deputy District Coordinating Director, Mr. Kaleem Abdallah Adam, discouraged chiefs and other opinion leaders from settling sexual abuse and other criminal cases out of the courts. 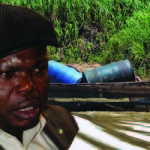