A former Chairman of the Health Committee in Parliament, Alhaji Mohammed Mubarak Muntaka has bemoaned the increases in charges and fees at the psychiatric hospitals in the country describing it as “unfortunate.”

He explained that “this is not what we anticipated, when we were passing the law in 2012.”

Muntaka was chairman when the Public Health bill which also captures the Mental Health bill was passed into law.

He explained that “when we were passing the law in 2012 our anticipation was that by three years down the line, we would have been seeing tremendous improvement in the handling of the mental health issues in our country. We anticipated that there would be more funding and that was why in that act we created a mental fund but unfortunately that has not materialized.”

“Our expectation was that we were going to have a lot of philanthropists to contribute to that fund that will create a base that will not be too much dependent on government. Even though many will admit that three years is such a short period since the passage, we never anticipated that it was going to deteriorate to the extent that they will lack fund so much so that they had to resolve to this kind of method to be able to keep their facilities running. It’s very unfortunate and I’m very saddened,” he added.

The Asawase legislator further called on government to intervene in the matter.

The Accra psychiatric hospital on Wednesday reviewed its charges upwards making some of the services that previously were free now payable.

Per the review, new patients admitted at the hospital who were not required to pay anything will now pay GH¢550 while request for medical report to embassies, previously free,  has been pegged at GH¢700. 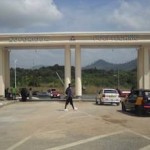