Manchester City won’t have to buy a striker this month thanks to Kelechi Iheanacho.

With Sergio Aguero and Wilfried Bony both having struggled with injuries this season, the Nigerian’s breakthrough has been welcome.

Iheanacho has five goals in four games worth of appearances, including last minute winners in the league against Palace and Swansea.

His goal at Norwich was the latest sign of what the 19-year-old can offer the first team, leading more to wonder if Pellegrini will use him more in the rest of the campaign.

“Kelechi has been involved from the first game of this season,” Pellegrini said.

“He’s in the squad in that position and we have Bony, we have Sterling, we have Kun.

“It’s important for Kelechi to play like he did against Norwich. He’s the answer when you ask if we’re going to buy another striker – we have Kelechi.”

Reports at the weekend suggested Wilfried Bony could be a surprise exit this month, with Swansea boss Alan Curtis admitting they would be interested in taking him back to the Liberty Stadium.

Pellegrini did not entertain the transfer talk and indicated there would be little movement at City.

“It is speculation, nothing more” he said.

“I always have the same answer: I don’t talk about rumours.

“I think our squad is complete. Nobody will come and nobody will go out. I repeat we have options until the last day.” 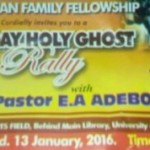