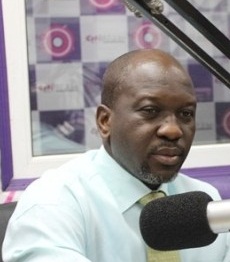 The Ghana Water Company Limited (GWCL) says it is working assiduously to mitigate the impact of acute water shortage being experienced in some parts of the country.

The hardest hit is the Nsawam-Adoagyiri Municipality in the Eastern Region where the Densu river has dried up considerably. Takoradi, Winneba, Tamale and some areas in Accra are also facing similar challenges.

Although the challenges with inadequate supply of water has been largely blamed on pollution of water bodies, low investment in the sector and in some cases, changes in weather patterns, the Deputy Minister for Water Resources, Works and Housing, Sampson Ahi, says the challenge with water is largely natural, because “we are in the dry season.”

Residents of Nsawam-Adoagyiri have had no access to potable water for more than a month and fear there could be an outbreak of cholera and other communicable diseases. Some residents have been left with no choice but to drink from a contaminated tributary of the river.

The Densu is suspected to have dried up due to farming and illegal mining activities along the banks, coupled with the harmattan condition.

Speaking on Eyewitness News, Mr. Ahi suggested that “we put our hope in the probability of rainfall.”

But the Head of Communications at the Ghana Water Company Limited (GWCL), Stanley Martey, explained on the Citi Breakfast Show on Tuesday that measures are being put in place by the company to tackle the situation.

In the Tamale metropolis where water is being rationed, Mr. Martey attributed the cause to “the dry season” adding that during that time “demand goes a bit high and we all know the severity of the dry season in the northern part of our country.”

“So Tamale is challenged because of that and so we have had to ration. There is more demand than we are able to supply. The capacity is about 4400 cubic metres per day, but we are able to produce currently around 3,300 cubic metres a day, so we are unable to meet demand. This is also compounded by power fluctuation and NEDCo has promised to stabilize power for us to produce consistently,” he added.

The situation in Wa

In Wa, Mr. Martey said people living in such areas do not have problem with water because boreholes have been installed for them.

“…we are serving them with boreholes and all the boreholes are functioning,” he added.

He also bemoaned the water situation in Winneba in the Central Region saying it is “terrible because water is dried up. We are expanding the plants but the raw water that we use for production has dried up so we are unable to start the production process.”

“For Takoradi the main problem is galamsey [illegal mining] which is destroying the Pra River so we extract water from Obosomase which is 14 kilometers ahead. Because of the distance and the quality of the water, we are unable to produce to full capacity. Now as an oil city and the population of Takoradi is increasing by day, it’s a bit of a challenge. The only thing we can do is to dredge the area which we do by-monthly because of the nature of the water,” he noted.

“It is just like what we are seeing in Nsawam-Adoagyir, the water is dried up entirely so we are unable to extract water, though we have a new treatment plant sitting there.”

He said in Konongo in the Ashanti Region, the illegal mining is affecting the production of water.

“Fortunately in Tano, we have water except that galamsey operations have made it so difficult and expensive to produce.”

The situation in the Greater Accra Region he said, is to be blamed on some ongoing construction works.

Places like Spinters have not had water from the Ghana Water Company in the last few months.